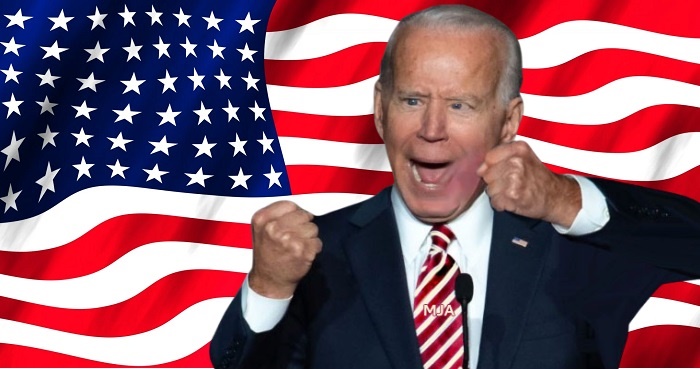 We all have known someone like this.  They think they know a lot more than they really do.  And when they talk about how things work, it's with so much confidence that you figure there must be some genuine smarts behind it, but in actuality, they are just full of shit.

They manage somehow to stick around a long time, so it’s hard to imagine the person is completely clueless and inept.  But once you start really paying attention to the things they say, you begin to wonder.  What would happen if you put the person in charge of something challenging?

National Review's Kyle Smith reminded us recently that Joe Biden has already shown us what he’s made of.  Joe once thought he saw a huge real estate opportunity and displayed his managerial ineptitude on a grand scale.  It was a fixer-upper he thought he could buy cheap and make a few simple tweaks to. Kinda the way the Joe of today sees America.

As Smith recounts in lurid and often comical detail, this did not go well at all:

"A couple of years into his Senate career, Biden had a dream of living grandly by buying on the cheap a former du Pont manse, together with a huge chunk of land, for $200,000. The house was boarded up and soon, probably, to be torn down. But Biden saw something in it. Sure, it needed some fixing up. Never fear, Joe is here! Joe is a can-do fellow.

The first winter he and Jill spent in the house, it used up 3,000 gallons of fuel oil. It turned out the third floor was wide open, to the stars. Squirrels were living up there. Oops. The judgment on display here is not great. Next year, Biden starting selling off bits of the land for development to pay for improvements such as storm windows.

Small problem here: One of the lots he sold off was his own driveway, and the new owner blocked it off so he couldn’t pass through it. So Joe built a second driveway, which turned into a swamp in winter. He sold off another piece of property that, it turned out, included the front of that second driveway, so he couldn’t use that one anymore either. So I built a third. He hated that one for being a dumpy little thing. Eight years went by, and he made a deal to buy back the original driveway, the one he sold off when he first bought the house. Which cost him a fortune in landscaping to reshape."

It’s worth the time to click over and read the whole thing.

Now to be fair, this was a long time ago. You might say, OK, Joe has learned a thing or two since then, he’s more experienced now. He must have a better understanding of how things work than he did back then.  That’s a reasonable theory.

But Joe still runs around proposing insane ideas to problems he doesn’t understand.  Witness his “plan” to address COVID, which consists of  a) a bunch of things DJT has already instituted; and b) a mask mandate Joe would lack the authority to impose as president.  Sounds like the guy who bought that house back in the ’70s.

This is a guy who complains that “families are reeling” and notes how many people are on unemployment.  Yet he wants to confiscate more capital from the companies that could be hiring them.  Kind of like the guy who sold a piece of land to get money and found out he had sold his own driveway.
~ Thank You WHATFINGER NEWS for the Linkage! ~
© Posted By Diogenes Sarcastica™ on 1/21/2021 04:00:00 AM