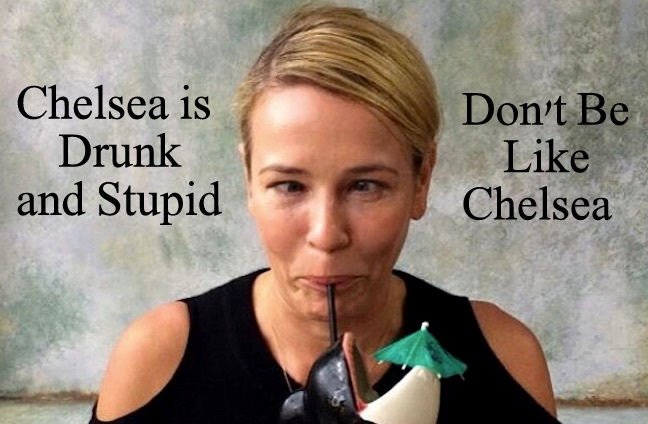 Entertainment celebrities are rushing to blame the shooting deaths of eight people in the Atlanta on anti-Asian racism, despite the police indicating that race wasn’t the motive. According to a law enforcement spokesperson, the attack on 3 massage parlors killed 8 people, 6 of the dead were Asian.
Celebs like alleged comedian and former Snoop Dogg's cum receptacle Chelsea Handler, D list actor George Takei, and director Rob Reiner joined the stampede to the tweeter to blame the shootings on racism with no evidence. And of course, some celebrities even blamed Republicans and DJT.  Sheriff Frank Reynolds of the Cherokee County Sheriff’s Office said the investigation so far appears the shootings weren’t racially motivated and the suspect was out to stop “a temptation for him that he wanted to eliminate.”  He has been charged with 8 counts of murder.
The fact he is White is all Hollywood needed.
My question here is THIS: where in the hell have these hypocrite celebrities been all these months as elderly Jews were being beat on street corners, Asians beaten to the ground in broad daylight and protesters targeting Asian stores for looting raids and vandalism.  Need I answer that??
I do understand this is award season, and the entertainment industry are somewhat consumed with patting themselves on the back and being recognized by other elites for a movie or TV series who's audience wouldn't fill a half dozen good size college football stadiums. But now, we have a White Male perp..... with a gun!!!  Their Hypocrisy is astounding.
Podcaster and Comedian Steve Inman has a special message for the BLM Hypocrites and their deflection of responsibility for today cultural climate of violence and Racist Agenda:
[Breitbart]
[GTY]
[Steve Inman YT]
~ Thank You WHATFINGER NEWS for the Linkage! ~
© Posted By Diogenes Sarcastica™ on 3/18/2021 03:00:00 AM
Labels: BLM, Douche bags, Hollywood Hypocrites