Audubon Zoo Feeds The Police To The Lions 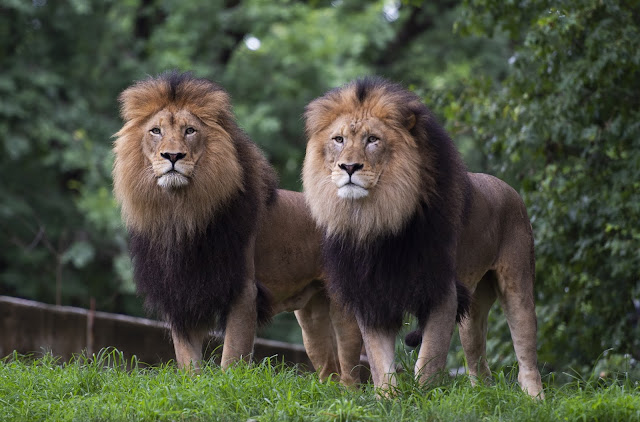 The New Orleans zoo was once an embarrassment to the city, but with Audubon redevelopment it came to become a source of civic pride. But now it seems the folks at Audubon have decided to return to the business of embarrassing themselves again – as the zookeepers have gone woke.

Responding to persons from “members of our community and from persons outside of our community” the Audubon Institute abruptly cancelled their scheduled “Blue at the Zoo” event, which was intended to “promote and foster positive experiences” with the NOPD. Their press statement smells worse than anything that dropped out the backside of a pachyderm.

“The Audubon Nature Institute understands and appreciates that the issue of ethical policing is at the forefront of our nation and our local community and that NOPD is a nationally recognized leader in law enforcement reform. Audubon stands firm in its support for holding law enforcement accountable for any and all unethical and unlawful behavior. Audubon also supports efforts that promote healing between law enforcement and the community. As such, working with the New Orleans Police and Justice Foundation, Audubon will be considering alternative ways to promote meaningful and impactful community engagement with the New Orleans Police Department.”

So Audubon just fed the NOPD to the lions.

Let’s evaluate and translate into plain language this media release worthy of the reptile house.

Paragraph #1: Audubon said they want to play a role in making nice with the police. Fine.

Paragraph #2: But they heard feedback (mean tweets) from locals (many Tulane students aren’t local, and the professional protest crowd represents virtually no one) and from people not from here (AKA Twitter hyenas) and thus don’t go to the zoo or give to the zoo but these leftist netizen jackals decided to make their voice heard. And unfortunately Audubon listened and amazingly enough bought what they were selling by conceding that an event being held to promote trust and engagement would somehow be divisive.

Paragraph #3: The zoo embraced and promoted a one sided ACAB narrative without mentioning the dangers men and women in blue face every day trying to keep civilians safe in a city enduring spikes in violent crime.

And in an eel-like slippery move the Audubon Institute waited until after GiveNolaDay ended to release this statement. The Audubon Nature Institute raised almost $23,474 from 236 donors on Tuesday.

The Audubon Institute needs to immediately issue an apology to not just law enforcement for this unmistakable indictment of those who wear the badge but every victim of violent crime in Orleans Parish for having their suffering trivialized. That the Audubon Institute has the temerity to pretend that the only outrages being perpetrated in society are by law enforcement is a denial of reality. For there were no sentences of compassion in their weasel worded press release reserved for the victims of carjackings that have traumatized grandmothers and drive-by shootings that have claimed the lives of the very children their missive says they serve.

While their facility is a safe place for the aforementioned, the world outside their gates is anything but. In fact the safest mammals in Orleans Parish reside in either Audubon Place or Audubon Zoo.