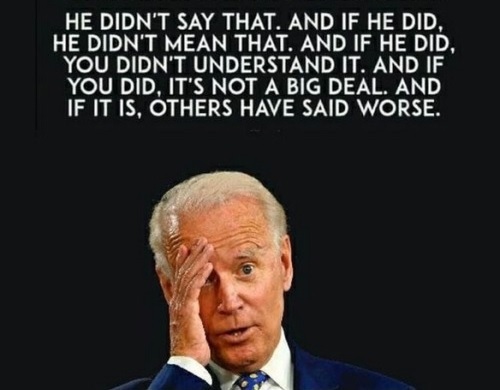 The media is busy making the Vegetable-in-Chief sound like a statesman, which is far less exciting than it sounds. The novelty of having a dementia patient in the White House has worn off and we are left with the reality. That reality is that there was never any reason for Biden to be president, other than he was the only option they had to replace Trump.

Once he scrawled what he thinks is his name on the executive orders they put in front of him, there was nothing left on the agenda. The long temper tantrum no longer has a reason, so the stasis of late empire decline is back, which means nothing happens.

The only potential for something interesting to happen is if they snuff out the vegetable and install Harris. She is revealing herself to be dumber and shallower than anyone imagined. She is fumbling the softest of questions from the most obsequious of reporters. It seems impossible, but she may have less cognitive function than her boss and he is close to brain dead. - The Z Man