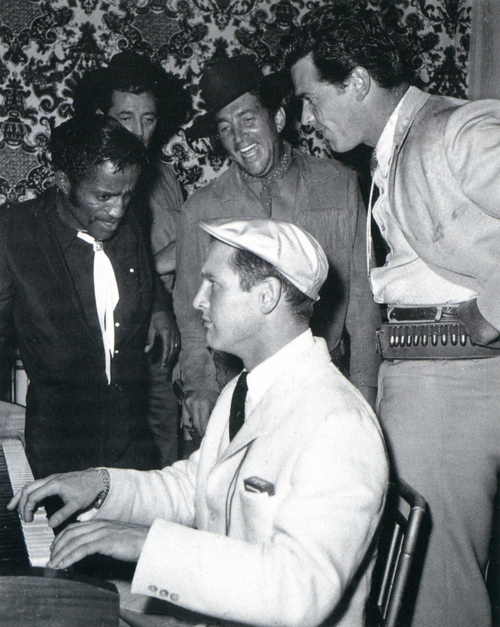 On this day in 1964...
To counter the onslaught of the sixties British Music Invasion, legendary rock band 'Newman, Davis, Mitchum, Martin & Garner' was formed as music's first "Super Group".  Gigs were raucous and far between, and the band finally disbanded and went on to successful solo careers and film projects. Their ground breaking formula has been followed successfully many time since. Band members privately blamed the groups demise on the refusal of Frank Sinatra to join the project after insisting on he be lead singer, and which kind of hats would be worn.
_________________________________
© Posted By Diogenes Sarcastica™ on 7/09/2021 04:30:00 AM
Labels: Throwback Thursday