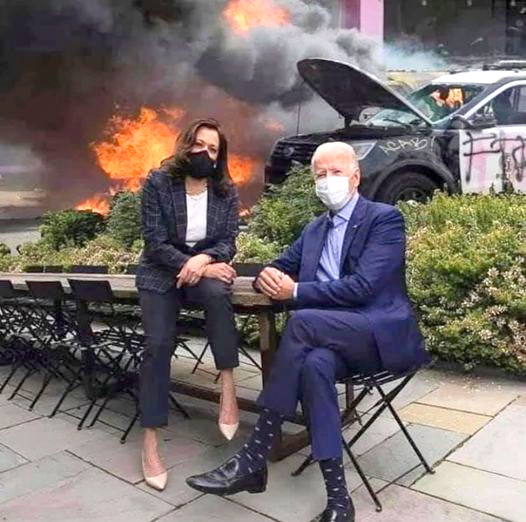 Democrats appear to be on a[nother] suicide mission, determined to pass trillions in new spending and embracing an undependable electric truckload of far-left positions on issues despite warnings that this will surely cost them control of Congress. One might expect Democrats to be more careful considering the shellacking that's been laid on them in response to similarly aggressive pursuits of left-wing legislation in recent past midterms. Given consequential historic defeat and loss of congressional seats during the Clinton and Obama Administrations, why would Dems risk their narrow majorities with a far more robust cornucopia of extreme leftist policies now??
Because Democrats play the long game. Where Republican victories are always temporary – their tax cuts and deregulation efforts are easily undone when power shifts – major Democrat achievements are forever. In their calculation, temporary loss of the House and Senate is a small price to pay for establishing new entitlements that will never go away.
Through incremental victories over the decades they have planted their hooks and inexorably transformed America into a big government welfare state. Because their achievements cannot be undone, the country has eventually adapted to their imposed realities. FDR’s New Deal did not end the Great Depression. LBJ’s Great Society did not end poverty. Those liberal landmarks were failed promises that have become sacred programs that no politician dares to question, or even reform.
The fact they continue to push unpopular policies illuminates an ignored but central aspect of the party’s character: Democrats have never truly been democratic.
Since the 19th century when it was controlled by wealthy white supremacists in the South and machine politicians in the North, the party has always been a top-down institution in which cultural and political elites decided what was best for everyone else. This is why progressivism, which is based on the idea that a small group of learned experts should organize and run society, made its home in the Democratic Party in the early 20th century. Woodie Wilson, FDR, JFK and LBJ prided themselves on attracting “the best and the brightest” to run an ever-expanding government. The tax-and-spend policies they embraced were not evidence of their deep compassion but tools they used to buy votes to expand their power.
Democrats like to say they cast aside their racist history and completely reinvented themselves during the 1960s. The party’s defining characteristic as a top-down organization – now dominated by rich white coastal elites and African American activists – never really changed. Neither did it's tendency to smear its opponents.
Back in the 19th and early 20th centuries, its target was the “Negro menace.” The party’s organs routinely depicted African Americans as dumb, irrational and violent creatures who posed a grave moral threat to public order. Today, Democrats use these tropes to describe Republicans, continuing their racializing of public life by beating the drum about white supremacists. There is a straight line from Jim Crow to Joe Biden – even though Biden likes to use that phrase to tar Republicans.
If the past is prologue, Democrats will continue to push their ambitious spending plans, the voters be damned. They will pay with another shellacking at the polls, but so what? They're used to it. All their losses are temporary, but their victories are permanent.