Blink Twice if You Need to be Rescued 🤣🤣

Hi. My name is David Gins. I work for Vice President Harris on behalf of the American people as Deputy Director for Operations and absolutely love my job.

Just thought some of you should know 😀 pic.twitter.com/VPuYv9bpbp

White House press secretary Jen Psaki was asked about the tweet during today’s press briefing but said she had no info on if Gins or anyone else in the VP's office had been instructed to publicly express support for Harris. 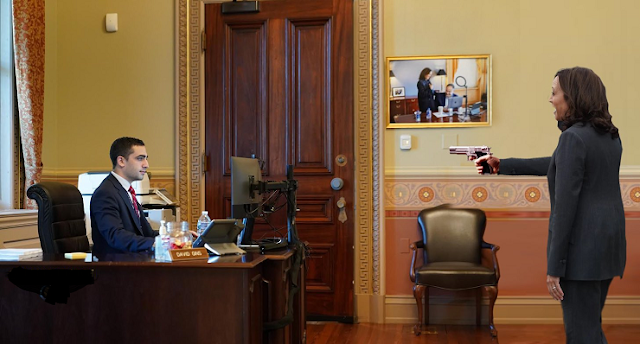