Editor's Note - This is a first in a series by Middle Finger News celebrating Black History Month (well that is if we decide to do more, we have other things to do like y'all ya know).

As we all know, and will surely be reminded ad nauseam for the next 28 days, it's Black History Month. So we begin our series with a true black American success story of a man named Barry.
Barry was born, it is believed, somewhere in the southern hemisphere during the dark backward days of the 1960's.  Barry began growing up a very confused young boy.  His mother was white, his father was a Kenyan and had been married to another woman he abandoned before he abandoned Barry's mother, and Barry's step-father was Indonesian.  He was living in an Asian culture, going to a Catholic school and surrounded by Muslims. To top it off, later everyone kept telling Barry he was a Black African American Negro of Color.

While playing with balls was one of his favorite activities, Barry struggled mightily at sports, being left-handed and somewhat uncoordinated, something that would follow him his entire life. But what he lacked on the playground he made up in charm. At the age of ten, Barry was shipped off by his mother to live under the thumb of his white communist oriented maternal grandparents in the white supremacist world of the United states. While growing up in Hawaii Barry felt the sting of overt racism all through his teen years. 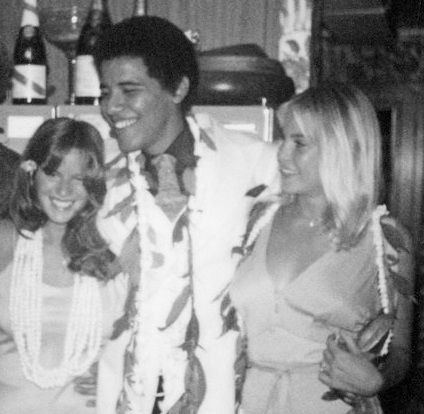 Barry escaped the bigotry and oppression of America by turning to drugs with the few friends he made in high school. They formed the now legendary drug syndicate "The Choom Gang."  But Barry did managed to get through the haze and racism to graduate high school and fled his oppressors in Hawaii to the mainland and enrolled in the small leftist Occidental College in Los Angles. 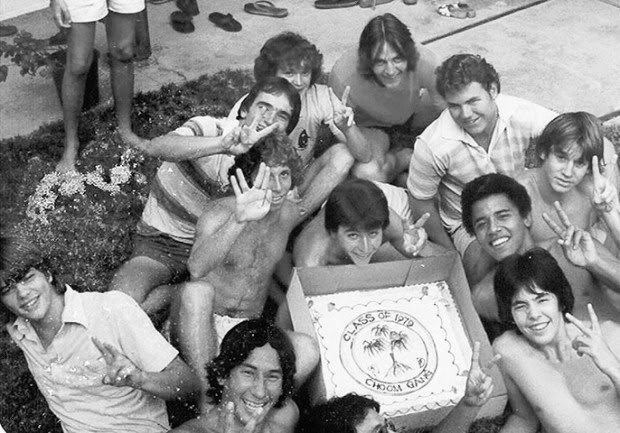 Barry adopted his father's full African name "Barack Hussein Obama" in order secure a place in the foreign student quota, minority boosted entrance exam scores, as well as preferred affirmative action placement at Columbia University.
After Graduation he went to work for "The Man" at  The Public Interest Research Group in Chicago. There he began a life of activism that he would become most known for. Barry managed somehow to get into Harvard Law School in the fall of 1988. In 1991 he moved back to Chicago and did some community organizing on the side while writing his first book, a fanciful fictional biography call "Dreams From My Fathers" or something like that.

While in Chicago in 1989 Barry meet a rather large and unattractive south side girl he first mistook as a man named Michelle, who took little interest in the big eared community organizer. They shared little outside of same sexual preference. They tied the knot in 1992. 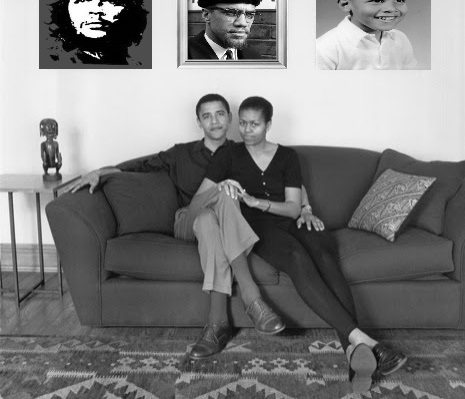 Finding it difficult to satisfy the appetite of Michelle who was eating him out of house and home, Barry joined Davis, Miner, Barnhill & Galland, a law firm specializing in civil rights litigation and general mayhem in the state courts to help pay the feed bill.  But in 1995 Barry scored big cheese with his manuscript of the "Dreams from My Father" to the tune of 1.6 million and he and Michele moved on up like the Jeffersons to Hyde Park in Chicago.

Barry went on to be considered one of Chicago's most celebrated Community Organizers, best known for his efforts in registering over 160,000 low-information voters all across Chicago who were too damn lazy to get their ass on a bus and go down to the courthouse and sign up to vote. 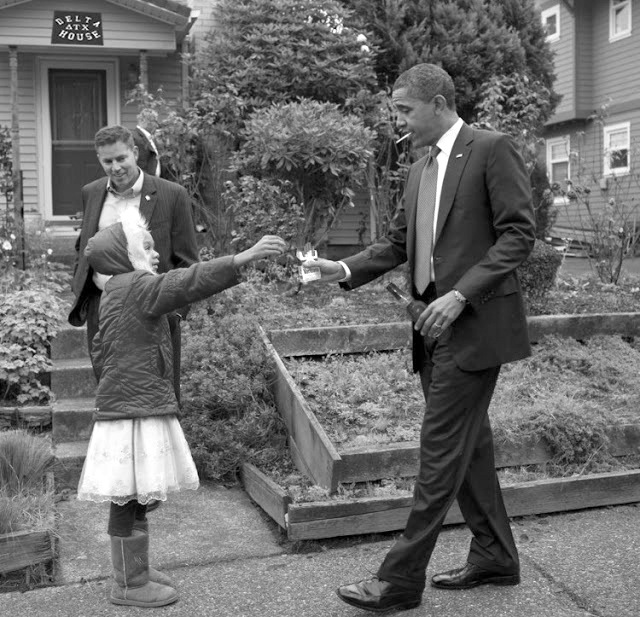