Standing Up to Pee Gives Boys an Unfair Advantage in Physics 🧐 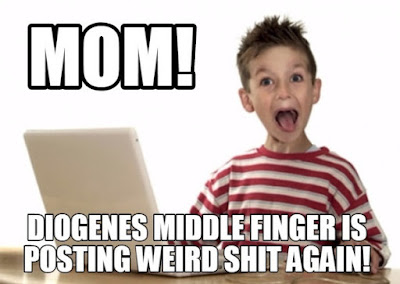 Yes, you read the headline correctly. In the latest example of gender politics taken to its absurd end, three Australian college professors believe that "playful urination practices may give boys an advantage over girls when it comes to understanding physics."

The three professors didn't publish their thoughts on a satirical website.  They published on Tes, a website that provides "educational materials, jobs, news, and courses from the world's best community of teachers and school leaders."

In the article entitled "Taking the pee out of physics: how boys are getting a leg-up", Anna Wilson, Kate Wilson, and David Low argue with a straight face that peeing standing up provides an advantage for boys over girls. Explaining what prompted their conclusion about the advantages peeing standing up gives boys, the professors write,


"The gender gap in physics, and other related subjects including engineering, has long been a cause for concern."

After casually going through a list of possible explanations for why young women might not perform as well in physics as do young men — things like lack of female physics teachers, cultural pressure and expectations, and gender bias in the teaching materials — they conclude: "there may be another reason, too."


After noting that girls lag in areas of physics that deal with projectile motion, the article reveals:


"Like many parents of small (and not-so-small) boys, two of us (KW and DL) have observed the great delight young males take in urination, a process by which they produce and direct a visible projectile arc."

Laying further groundwork for the assertion that standing up to pee aids in learning physics, the three detail the ways in which peeing standing up is a central yet fun part of the male life:


"The fact that boys (and men) play with their ability to projectile pee is hardly contentious. Boys are trained to pee into toilet bowls with floating targets, a huge variety of which can be bought on Amazon; Amsterdam Airport Schiphol famously cleaned up its urinals by encouraging men to hit flies etched next to the drain.

All this is experienced up to five times a day, so by 14, boys have had the opportunity to play with projectile motion around 10,000 times. And 14 is when many children meet formalized physics in the form of projectile motion and Newton’s equations of motion for the first time."

So according to the three esteemed college professors, peeing standing up is not only a "delightful" activity for boys (who I have been told take to an entirely different level of activity on a regular basis as they get older) but also gives boys an intellectual advantage over girls also.  But to their credit they do acknowledge that "there is no simple way to provide girls with the same opportunities for exploring projectile motion" that boys have. While the authors of the article don't propose it, in today's world it may not be a stretch to assume that the next step for progressives pursuit of equality and social justice on college campus would be to make it illegal for men to pee standing up.....🙃
H/T Konan The Bar Baron
© Posted By Diogenes Sarcastica™ on 2/10/2022 08:10:00 AM
Labels: Creepy Leftist