V.P. shows he still has the moves
as guest dancer for Eminem 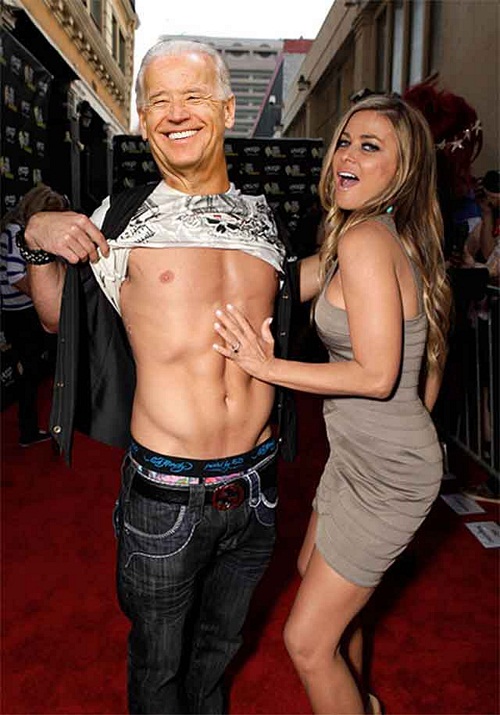 Los Angeles - Conspicuously absent from all the administrations statements on the resent events of the middle east, Joe Biden surfaced last night at the 2011 Grammy Awards to perform in the dance troop of legendary rapper Eminem. The Vice President had not been seen in public all last week because of intense workouts and dance rehearsals in a secret location in Los Angeles.

The Vice President told the music press last night that Eminem was not his only chance to dance at the Grammys this year. His first offer came from the rising star "Lady GaGa", but never considered the offer seriously because he said, "that little girl really really creeps me out".

Known by former congressional colleagues by the nickname "The Shoe", Biden once admitted he always secretly wished as a kid that he was Ginger Rogers. Biden was also seen at an after show party kicking back  scotch and sodas with big bucks democrat supporter and fellow  Grammy show performer, Barbara Streisand and her husband...what's his name. Biden was over heard telling his secret service guy "the ol' gal can still sing, but geez, have you ever seen that much makeup in one spot in your life?"

When asked by a reporter if he was ever invited to rap with Eminem, Biden said no, and he  probably wouldn't be any good it because his mouth tends to outrun it's supply line.  Biden is expected back in Washington early today to conduct two 3rd grade field trips coming to visit the White House.