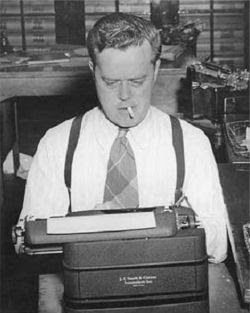 2012 is going to be a year dominated by politics. It will begin with the Iowa caucuses only a few days away and end either with a Republican president-elect preparing to enter the White House or President Obama gearing up for a second term (if the latter is the case, we can still hold out hope that the Mayan calendar doomsday scenario will come through). Thankfully, the holidays offer a brief respite from the endless campaigning (though let's be honest – we all suspect Mitt Romney is sidling up to somebody in a Macy’s and whispering “you know, that washing machine would be a lot more affordable under my tax plan.”). Before we lose ourselves in the maelstrom of election season, however, we should pause to consider what we've learned in 2011. A few of this years lessons:

*It turns out that Europe’s common currency is a Visa card.

*The Occupy Movement proved that shiftless people intent on living off the taxpayer and blighting American cities have career options beyond serving in Congress.

*We now have definitive proof that President Obama was born in the United States, having entered the world in a Hawaii hospital in 1961. It’s believed to be the last time the president received a warm welcome from the health care industry.

*In further proof that the world has gone upside down, Washington D.C., had an earthquake while California had a politician having a fling with the maid.

*The pundits who backed Barack Obama in 2008 because of his ability to inspire the rest of the world were validated by events in the Arab world. There, just as in the U.S., young people gathered in the streets, swept out the regime in power, and found out that this whole governing thing is a lot harder than it looks.

*The deaths of Osama Bin Laden, Muammar Gaddafi and Kim Jong-Il are going to make this year’s MVP race in hell the closest ever.

*It’s now even money as to whether the most precarious position in American life is being a Republican presidential frontrunner or being Kim Kardashian’s husband.

*The only time the Obama Administration isn’t in favor of stronger gun control measures is when the firearms in question are being sold to Mexican drug cartels.