Middle Finger News Service - In a move that industry analysts say illustrates the challenges facing traditional media outlets, the Gannet company announced this week that it would run only photos of attractive people in its newspaper USA Today. 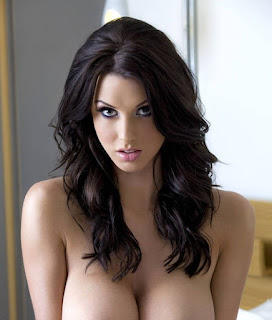 "We asked ourselves: Is there ever a time that a story is better served by showing a fully clothed ugly person?" said Dubose'. "And then we answered ourselves: No, there isn't."

Dubose' noted several recent focus group studies from the Columbia School of Journalism that cited an audience preference for seeing attractive, well-groomed, scantily clad people in the publications that they read. The decision by Gannet is only the latest move on the part of media companies to tailor their products to modern audiences.

Dow Jones, which publishes the Wall Street Journal and was acquired by media magnate Rupert Murdoch, turned heads when Murdoch announced all stories would be fewer than 300 words long and be "85 percent action verbs. "People don't have time for a whole lot of nouns or, God forbid, conjunctive adverbs," said Murdoch, noting that the new WSJ will have stories "as fast-paced and action-packed as an Arnold Schwarzenegger movie."
Other recent moves by newspaper companies have included:

- A woman in a bikini in every section, including Obituaries (Boston Herald).

Boston-based media critic Lanny Putz lamented the fading away of the traditional newspaper model - with its long stories on topics nobody was particularly interested in - but noted that newspapers must adapt to keep up with the Internet, which features naked pictures of Vanessa Hudgens."That's the challenge - finding the common ground between long and boring and naked Vanessa Hudgens," said Putz.

Even the magazine publishing world recognizes the need to change in order to interest readers. Leftist rags like Mother Jones have plans to run full page layouts of Rosie O'Donnell in assless chaps, and The Nation magazine plan full nudes of Janeane Garofalo actually combing her hair.

In a related story, Community Newspaper Holdings has announced a new "Naked Vanessa Hudgens" section in every one of its more than 290 daily and weekly newspapers.