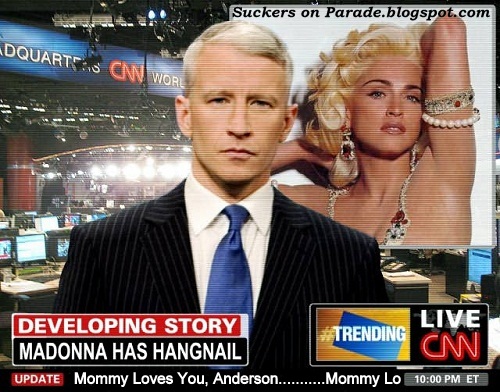 The journalism profession has become little more than a public relations firm working for the Left and any cause it deems vital, no matter how apathetic the public is about it. While media sources spent precious minutes on Mitt Romney's stupid behavior in high school, barely a passing mention or time spent doing a serious story about the national security leaks coming out of the Obama White House. Remember the story about Obama bullying a student in school? No? Not surprising because you guys didn't think it was important enough to address. But Mitt Romney, he's fair game!

Fortunately (or unfortunately, depending on your point of view), bloggers are doing what Woodward and Bernstein were doing during Watergate. I know you media types don't consider blogging to be legitimate journalism because of the lack of accountability when a story is factually wrong (by the way, has the New York Times recovered from the Jayson Blair fiasco?). However, the blogosphere is proving you don't need to go to Columbia to point out corruption in the world around us. And given the state of what passes for mainstream journalism these days, the blogger sitting at home in his PJs is out-hustling the big name reporters you rub shoulders with at dinner parties where the topic of the so-called death of investigative journalism is discussed over Brie and Chardonnay.

Maybe the reason the media are lamenting the "death" of investigative journalism is because you're afraid to dig into their own side's misdeeds. After all, it's always much more fun to try to take down the high and mighty when you have a personal vendetta, right? Ah, but when you realize your side, the one you've put so much personal stake into, is no better than the side you hate, it's not so fun, is it? There was a time when investigative journalists would put their feelings aside and go after the crooks, letting the chips fall where they may. But when you can't separate the personal from the professional, you're going to play favorites and, in doing so, help to kill investigative journalism through politically blind neglect.

If you really give a damn about investigative journalism, stop playing favorites and start sending out reporters to shine a flashlight into the dark corners of the Left. Sure, you may not get invited to as many dinner parties with those Leftists, but at least you won't get scooped like the National Inquirer did on the John Edwards story. Or are you just in it for the big bucks and the shrimp cocktails?

Maybe you in the media could take a short lesson on how to go about it here.