I’m Barack Obama, and I’m Angry to be Here 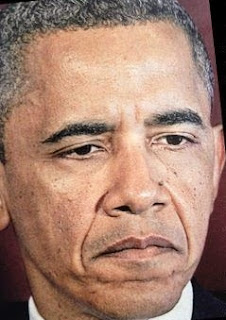 "I wonder if, when you just get to the center of Obama, what you find is an angry guy.

It pops up in so many ways – ways we haven’t seen with previous presidents since . . . well, since you know who. Nixon.

It doesn’t take a German psychoanalyst to know that someone like Obama, whose father abandoned him and whose mother was gone for years at a time, might have something to be upset about. It shouldn’t be too surprising that this man, who presented himself as the King of Cool and the Apostle of Hope in 2008, is really not all that nice.

But it’s amazing how enduring the goodly images Obama created for himself are. You’d think the former senator from Illinois sprouted up out of a cornfield instead of the putrid muck of Chicago politics.

Obama reveals himself all the time in his treatment of opponents, whether offering them backhanded compliments for their “sincere” belief in greed and fleecing others, or campaigning against them as “enemies” in need of punishment for wanting to place immigrants in Gulags, keep the masses from getting a proper education, let patients die in the waiting room because they can’t make the co-pay, and so forth.


In the past couple of weeks we’ve seen the anger press through the surface into sharp relief.........."