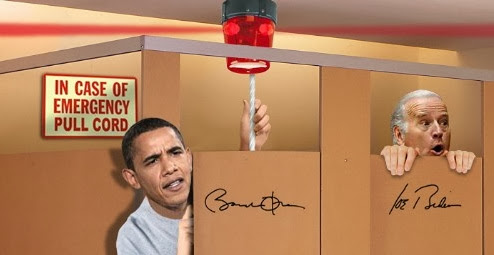 Americans are furious over the inept rollout of Obamacare, but landmark legislation has a history of early backfires.

1863 Emancipation Proclamation:
Abraham Lincoln’s executive order freed an estimated 3.1 million slaves in the Confederacy which, according to his Democratic opponents, made it the “biggest jobs-killing government program of all time.” Initially, the law stated that those laboring less than 30 hours a week were considered part-time slaves and therefore were eligible only for limited freedom, prompting hundreds of plantation owners to reduce slave work-hours to avoid having to provide full-time freedom. This provision was later removed, along with plantations owning 50 or fewer slaves being exempt for the first year.

Similar to the Obamacare launch, not everyone eligible for Abe-olition was able to obtain it. Then-Secretary of Newly Designated Humans Services, Cathcart Theopholis, blamed the Confederacy, but later admitted the administration's early test runs had succeeded only in emancipating a horse and a couple of chickens.

1883 Pendleton Act:
Republican President Chester Arthur enacted the Pendleton Act, declaring that government jobs should be awarded, not as patronage, but based solely on merit. Democrats in Congress, 56 percent of whom said they had never heard of Chester Arthur, nonetheless opposed the law, calling it the, “biggest people-doing-lousy-jobs-killing government program of all time.”

Despite the obvious advantages of awarding government positions only to highly qualified individuals, the law has never been applied.

1890 Sherman Antitrust Act :
The Sherman Antitrust Act, signed by Republican President Benjamin Harrison, was the first U.S. law to take on big business by banning anticompetitive practices and limiting cartels and monopolies. A grass-roots group of everyday mining tycoons and railroad magnates immediately worked to repeal the law, which they said would be hardest on the working poor, and shot as many as 200 workers a day to prove it. Democratic opponents called the Act the “biggest dangerous-and-low-paying-jobs-killing government program of all time.”In a heroic speech, Democratic Sen. John Kenna of West Virginia filibustered the bill for 24 hours while seated in a bathtub full of clean, sweet-smelling Standard Oil.

Not unlike the pace of Obamacare, it was 10 years before the Act was actually enforced, but eventually it was, which is why companies like Microsoft, Google, Comcast and JP Morgan Chase don’t exist today.

The 19th Amendment, 1920:
Signed by Democrat President Woodrow Wilson, the 19th Amendment to the U.S. Constitution said the right of citizens to vote could not be “denied or abridged on account of sex.” Despite the chauvinism of the time, the amendment was surprisingly popular among men, primarily because Wilson told them the law meant only women who had sex with them could vote.

In the backlash that followed, Republicans in the House of Representatives threatened to repeal the amendment until their wives asked if they’d like to be known ever after as “The Blue Ball Congress.” The threats were rescinded.

Thanks to female participation, 8 million more votes were cast in the election of 1920 than in 1916. Polling places were overwhelmed and ill equipped to handle the stress. The New York Plutocrat wrote: “The curtains around the voting both do not reach to the floor, enabling all and sundry to observe, unobstructed, the ankles of the lady voters. For shame!”