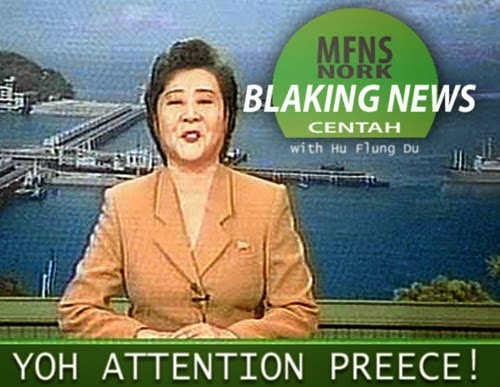 "After the swift and convincing defeat in a recent international standoff at the hands of The People's Republic of Korea's Supreme Leader Kim Jung un of the weenie imperialist running dog, Hussein Obama of the United States, the Leader of the DPRK today released details of previously secret plans to take over the US dominated world of Rap Music. "

"In the eye's of our Dear Leader, the quality of Rap Music coming from the imperialist ghettos and government re-education camps is no longer world class. Kim Jung-un's knowledge of the music industry, composition and lyrical genius will once again prove the dominance of North Korean superiority."

The secret weapon in the stable of artist of the new self appointed "King of Rap Music Producers" is Los Angeles Rapper "4.25" (aka Little Pee Pee).  4.25 has sold hundreds of CD's in Pyongyang an now sits at #1 on the DPRK's top 20 music poll. 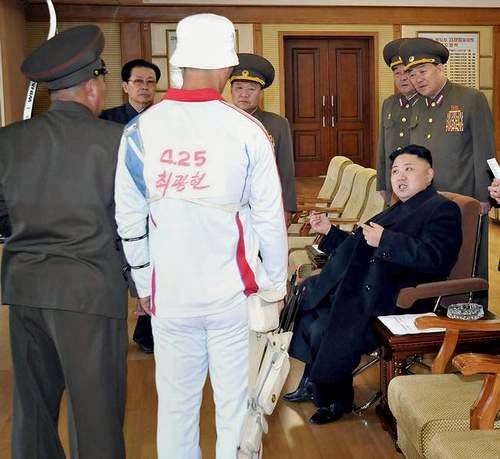 Dear Leader, adding to his impressive list of titles, will be from this day forward also be known in the music world as entrepreneur and  music producer "MC Stud-Muffin Kim".