Poor Kids in Baltimore Have It Worse Than Those in Nigeria

The destruction of black America under the leadership of Barack Obama is unprecedented since the abolition of slavery, yet they follow blindly, yelling racism.


"When a teenager from East Baltimore was asked to describe his neighborhood, he spoke of “big rats going around in people’s trash, vacant houses full of squatters and needles on the ground.” A young woman in New Delhi, asked the same question, described the dirt and the “dirty water found lying on the roads,” while a young man in Ibadan, a large city in Nigeria, spoke of the smell of urine and streets “littered with paper and other refuse.”

All three teenagers live in the poorest neighborhoods in their communities and were surveyed as part of the “WAVE” study, a global research project that examines the well-being of adolescents in vulnerable environments around the world. Led by Dr. Kristen Mmari, an assistant professor at Johns Hopkins Department of Population, Family and Reproductive Health, the survey assessed health challenges faced by 2,400 15- to 19-year-olds from impoverished areas in Baltimore, Shanghai, Johannesburg, Ibadan and New Delhi, as well as their perceptions of their environments.

The researchers found many similarities—in all five cities, adolescents were exposed to unsanitary conditions, substance abuse and violence—but the differences between each area were especially compelling. Overall, teenagers in Baltimore and Johannesburg, despite being located in comparably wealthy countries, had far worse health outcomes and tended to perceive their communities more negatively." 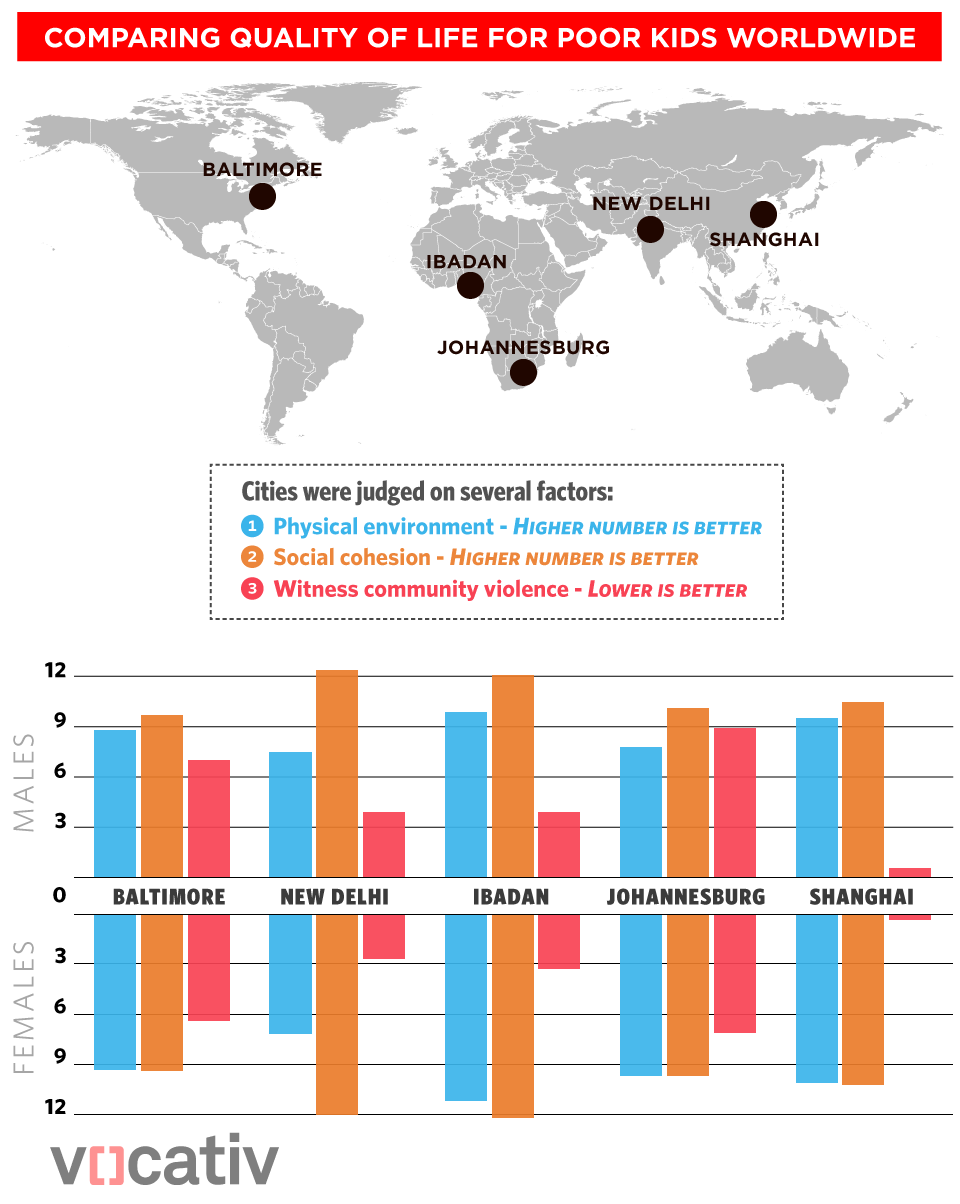