But in the Meantime, She'll Take the Big Money

At a meeting with financial supporters last week, Hillary Clinton revealed she will only  nominate those to the Supreme Court committed to overturning the 2010 Citizens United ruling.  Clinton’s decision to make the Citizens United ruling a litmus test for the High Court nominees is her answer to reigning in the power of billionaires and multi-millionaires who wield unprecedented power over the American political process. You know, the very people who padded her campaign chest to over flowing before her street cred started south here of late.

I've always found it a beautiful irony when the very tactics so useful to democrats get use against them, and they start their stompy-footin' and hollerin' it's unfair! 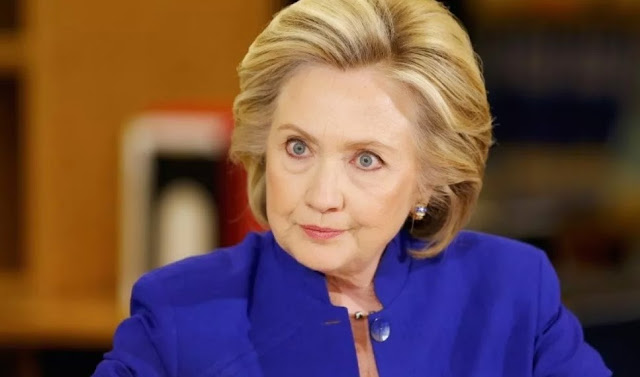 Now any American with a political pulse knows there is to much money and lobbying influence in politics. But it wasn't until 2008 that independent political contributions, before the  Citizens United decision, skyrocketed in the 2008 presidential campaign. And it was not rich Republican Billionaires that put Barack Obama in office.

But Ma Clinton and the democrats didn't seem to have a problem with big money before the Citizen United decision. Every wonder why? 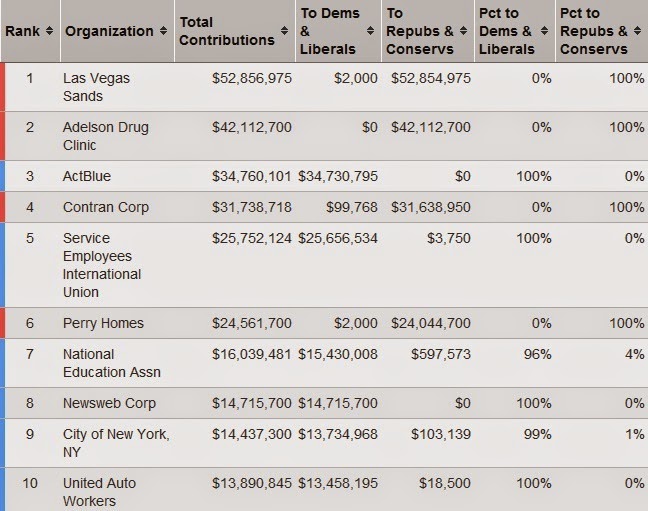 It's easy to see by the blue (D's) and red (R's) lines to the left of the graphs who was racking in big money contributions in 2008. Of the top ten contributors to dems, 5 where labor unions, organization who extort millions from members who don't always vote Dem.  No outrage from the left there. But after CU the playing field began to level, and the results in part are now a Republican congress and a potential (thanks Barack) of retaking the White House in 2016.

In 2012, the Super Pac's of  Thomas  Steyer of San Francisco and Mayor  Michael  Blommberg of New York together gave over 84 Million dollars, and those evil Koch Bros. (liberal gasp) that live rent free in the minds of many on the left, and have driven Harry Reid to the edge of insanity, gave combined contributions of 7 Million.  But the left speaks not a word of George Soros, who personal peeled off a cool 3.3 Million from his pocket outside his  super pac and millions he fronts numerous left wing causes to influence LoFo voters.

Granted, the argument for and against CU are complicated, but the SCOTUS decision boiled down to this:

"The First Amendment protects not just a person’s right to speak, but the act of speech itself, regardless of the  speaker."

And from the dissenting opinion:


"The First Amendment protects only individual speech, not speech by associations of individuals."

"Government may prevent corruption, and campaign spending can be corrupt when it buys influence over legislators. Therefore government may impose spending limits on corporations and unions."

Simply put:  As long as big Labor Union contributions are consider free speech, but corporate and personal money is not, freedom is infringed.

Mrs. Clinton is showing by her statements on Citizens United and her litmus test for Supreme court nominees just what another Clinton Presidency will look like. More federal control through the courts, and democrat subversion of freedom and the original intent of the constitution.

The next president may have to appoint as many as 3, and possibly more justices in their first term in office. With the constitutional issues facing American today, Mrs. Clinton, or any Democrat elected to the nations Highest office in 2016 would be disastrous for America.