To comply with the 2005 Real ID Act, citizens in a number of U.S. states will now be forced to obtain a passport if they want to board an airplane....Even for domestic flights. 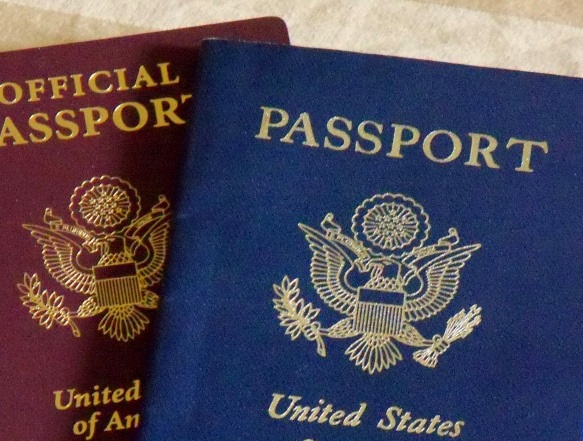 Starting in 2016, travelers from five U.S. states - Louisiana, Minnesota, New Hampshire, New York, and Wisconsin will not be able to use their driver’s licenses as ID to board domestic flights.

The website of Department of Homeland Security explains fives states are “noncompliant jurisdictions” meaning that to board an aircraft, you will need a passport.  That's a pretty major development considering a majority of Americans don’t have passports.


"Secure driver’s licenses and identification documents are a vital component of our national security framework. The REAL ID Act, passed by Congress in 2005, enacted the 9/11 Commission’s recommendation that the Federal Government ‘set standards for the issuance of sources of identification, such as driver’s licenses. The purposes covered by the Act are: accessing Federal facilities, entering nuclear power plants, and, no sooner than 2016, boarding federally regulated commercial aircraft."

The Real ID act has been controversial since its initial proposal over ten years ago and is seen by many as a massive violation of privacy. One of the primary reasons it has taken the government so long to roll this program out is that the program is wildly unpopular and creates heavy backlash every time it appears in the news.

Let's put this in perspective: take a hypothetical traveler from Louisiana who is....let's say 78, and has difficulty getting around (we'll call him Mr. Boudreau ). Let’s suppose that Mr. Boudreau wants to fly to South Carolina to visit relatives. The government has no compunction what so ever about requiring him first to make a trip to a federal facility that accepts passport applications and, to add insult to injury cough up the $110 processing fee to obtain a U.S. passport.

And I might remind you these same government types object strenuously to the law in Louisiana that requires Mr. Boudreau to have a photo ID to vote, which the state is more than happy to provide at no charge.