Has Trump's Trash Talk Finally Caught Up With Him? 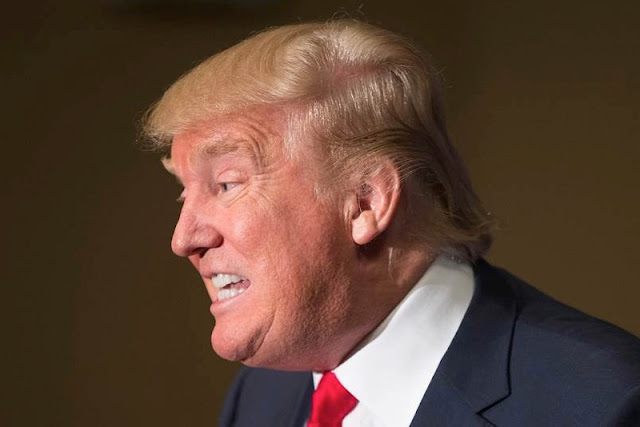 Why Trump’s Poll Numbers Are Falling in Iowa


Donald Trump is baffled as to why his poll numbers are suddenly falling in Iowa in favor of Ben Carson. On Sunday, during an appearance on CBS' Face the Nation on Sunday he said, "I don't understand Iowa because frankly, I just left and we had tremendous crowds and tremendous enthusiasm." Trump told the folks at MSNBC's Morning Joe, "I don't get it," as he plans to head back to Iowa today.

Since October 22nd, Trump's poll numbers against Carson in Iowa have been falling and I think it's pretty obvious why. That day Trump sent out a tweet which read:

"@mygreenhippo #BenCarson is now leading in the #polls in #Iowa. Too much #Monsanto in the #corn creates issues in the brain? #Trump #GOP"

Donald Trump forgot the first rule of politics - don't insult people who you are trying to persuade to vote for you.

Sure, Iowans might have enjoyed it when Trump dissed Jeb Bush, insulted Megyn Kelly and threw Jorge Ramos out of his press conference. But Iowans become the target of Trump's ire they don't like it so much. And yet this surprises Trump? I can see how though. Almost everything Trump has touched has turned to gold for the past four months. If he could get away with insulting Jeb, Kelly and Ramos then he probably he figured he could away with insulting voters in Iowa. My friends this is called hubris.

A secondary reason for Trump's decline is his denigration of Ben Carson's faith. Last Saturday, at a rally in Jacksonville, Florida, Trump said, "I'm Presbyterian. Boy, that's down the middle of the road, folks, in all fairness. I mean, Seventh-day Adventist, I don't know about. I just don't know about."

Now I have some strong reservations about Carson. Nevertheless, if Trump wants to regain top spot in Iowa he will have to better than knock Carson's faith. Of course, if Trump has a strong debate tonight in Colorado, then Carson's lead in Iowa (and nationally) could prove short-lived. But any rebound by Trump could also prove short-lived if he insists on cheaply insulting the people who might vote for him and cheaply insulting his opponents who are well liked by said voters.