PEE On Thyself In Protest:

Feminists have fallen for another hoax campaign, this one encouraging them to pee on themselves in the name of equality. It's known by the hilarious twitter hashtag #PissForEquality. The troll hoax was created by the notorious basement dwellers at the website 4chan. On October 2, one 4chan member wrote:


“What if we somehow get Tumblr tards to publicly piss or shit their pants in the name of Equality?'”

And it wasn’t long before the feminists fell for it: 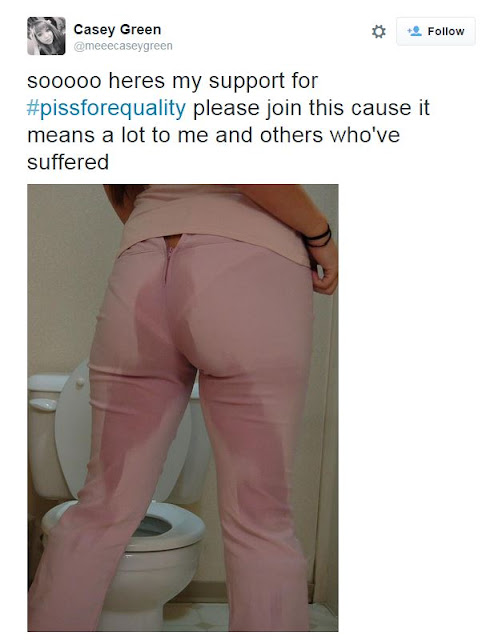 This is by no means the first time that feminists have openly embraced something that was originally created by 4chan to make fun of them.  The “free bleeding” movement, in which feminists post pictures of themselves showing menstrual blood running down their legs in order to draw attention to ‘period shaming’ was another troll campaign contrived by 4chan.