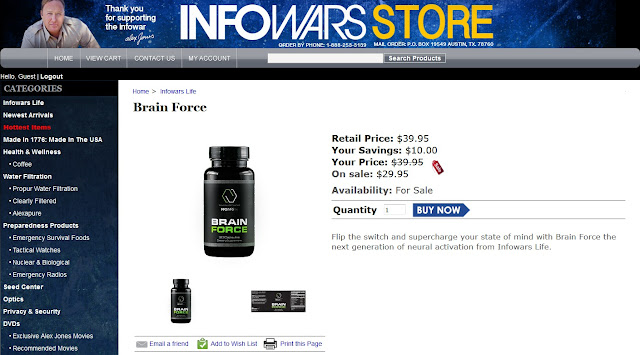 Somehow, thinking of a bunch of Alex Jones fans sending him money for BRAIN FORCE pills to enhance their neurons (already protected by tinfoil hats) gives us a warm peppy glow that’s sure to take us through the weekend. And at no cost whatsoever!
© Posted By Diogenes Sarcastica™ on 5/14/2016 12:00:00 AM
Labels: MoonBats on Parade File, The Clinton Crime Family, Tin Foil Hat Report
Newer Post Older Post Home