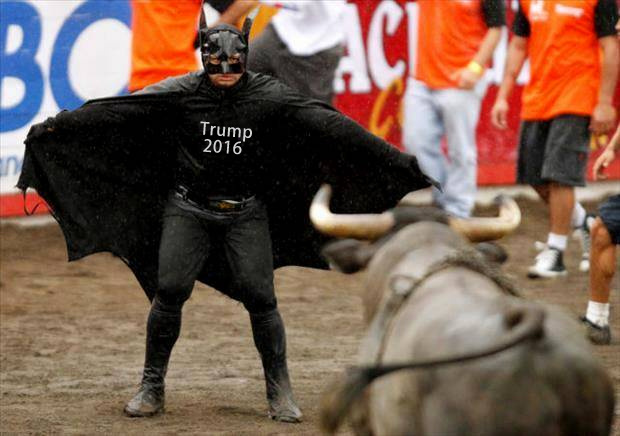 And in no surprise response from the Daily Beast writers Betsy Woodruff, a notorious feminist, and Asawin Suebsaeng, an Asian Sissy Boy formerly of the Mother Jones Rag, who got their panties in a wad  over the fact there were no minorities on the list. And they did what was pretty much expected......say irrelevant sh*t trying to claim moral high ground.

"One potential justice is an expert on Trump’s favorite conversation topic: the scandals of Bill Clinton. Steven Colloton, a George W. Bush appointee to the Eighth Circuit Court of Appeals, got started in the world of conservative politicking when he was a lieutenant to Kenneth Starr on the independent investigation of the Clintons’ Whitewater investments."

Okay, I see no problem here. The man helped look into possible political corruption and lawlessness. (not something Woodruff  and Suebsaeng  are very familiar with considering our present Dept.of Justice). Guess they are to young to remember people actually went to jail over this little Whitewater matter.

"Another name on the list is William Pryor,  of the  U.S. Court of Appeals for the Eleventh Circuit.  He is the most likely name on the list to draw liberals’ intense ire. Democratic senator Chuck Schumer once called Pryor “ideological warrior.” Pryor has stated that the cultural acceptance of gay sex would lead down a dark path to legalizing bestiality, and that government “should not be in the business of public education". He also called Roe v. Wade "the worst abomination of constitutional law in our history".

Sounds like a man with some sense and moral compass to me, and has understanding of what the constitutional roll of the Federal Gov. is as opposed to the right of the States. And I had to laugh at the use of  “ideological warrior” coming from the left. Ironic, ain't it?  Of course, no DB article would be complete without a 'rah rah' for their favorite Bathhouse Boy and his transformation agenda....

The court currently has a vacancy to fill, and President Obama has nominated Merrick Garland, chief judge of the D.C. Circuit Court of Appeals, for the spot. He is widely characterized as a middle-of-the-road, moderate justice, and a consensus candidate with whom GOPers could theoretically have made peace.

They are speaking of this guy. What the Daily Beast failed to mention is, Obama's nominee Judge Garland  in 2007 voted to undo a D.C. Circuit court decision striking down one of the most restrictive gun laws in the nation. The District of Columbia government had passed a ban on individual handgun possession, which even prohibited guns kept in one’s own house for self-defense. That's not a " middle-of-the-road, moderate justice " by any means.

Garland  would swing the court leftward and poses the most danger to one of Justice Scalia’s most important opinions, D.C. vs. Heller, which affirmed that the Second Amendment confers an individual right to keep and bear arms. Garland  also voted to uphold an illegal Clinton-era regulation that created an improvised gun registration requirement.

The way I look at it, we should follow the lead of the left. They saw Thurgood Marshall's seat as the "Black Seat", to be replace only by another Black of the same liberal mind.  Just the same way they will claim Buzzy Ginsburg's seat is the "Feminist Seat", Kagan's seat represents the Queers and the Gender Confused, and Sotomayor's seat is the "Hispanic Seat" on the court, we should claim the former Scalia seat is the "Balding Constitutional Conservative Scholar White Male Seat" and that should be of high considered in any replacement of Scalia.
© Posted By Diogenes Sarcastica™ on 5/18/2016 10:33:00 PM