The Historical First The Media Refuses To Acknowledge

Through all the noise of the media about scandals, who is and who isn't fit to be president and the first woman nominated....blah blah blah, there's one story that sadly for many in this great nation like me, goes unreported.

The highway of history is littered with TIMs kicked into the ditch. Throughout our lifetimes, we TIMs have repeatedly had to endure humiliation thanks to the misguided actions of a few bad apples sharing our name. Who are the first TIMs that come to mind? How about Dr. Timothy Leary, the hippie college professor and psychologist whose name is synonymous with LSD and the launch of the drug culture in America in the late sixties? Or perhaps you thought of Timothy McVeigh, notorious domestic terrorist. Even in the movies, when asked who was the WORST James Bond ever, everybody knows the correct answer: Timothy Dalton, of course.

There have been plenty of people with names like John, Robert, William, and James selected to run as Vice President – and a whole bunch of Dicks. There have even been VP candidates with obscure names like Chester, Rufus, and Hannibal. (Honest.) But until this year, there has never been a single person named TIM selected to be a presidential or vice presidential candidate. 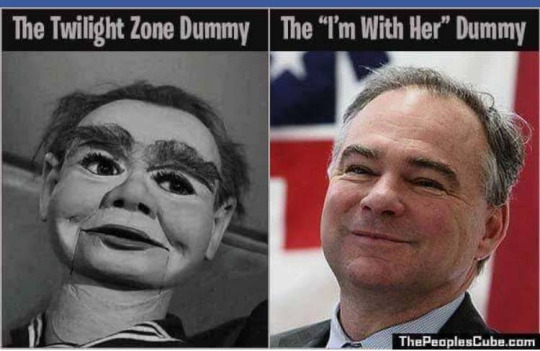 The media won’t talk about this dirty little secret, but we TIM’s have been pushed around or ignored politically for the past 220 years. For too long, TIM’s have had to live with the cruel acceptance that our name was primarily associated with cripples and freaks — from the pitiful Tiny Tim in Charles Dickens’ A Christmas Carol to the grotesque long-haired oddball ukulele-playing singer who, using that same name, became embarrassingly famous for his falsetto rendition of Tiptoe Through the Tulips.

Speaking of music, there are scores of memorable songs with people’s names for the title: Michele, by the Beatles, Abraham, Martin, and John, by Dion, or Barbara Ann by the Beach Boys. The list is endless. But have you ever heard of a song with TIM in the title? No, you haven’t. No, wait a minute. I stand corrected. There actually was ONE song with TIM in the title. Written in 1970, the song Timothy told the story of three men trapped in a collapsed mine, two of whom resorted to cannibalism against the third guy ..... that’s right, they ate Tim.

And I remember sitting on my dad’s lap as a young child, asking him, “Dad, do you think someday someone named TIM could ever grow up to be President of the United States?”.....to which he would usually say, “I’m sorry. Who are you?” When I would remind him I was his youngest son, he would pause and say, “A president named TIM? Seriously?” Then he’d laugh and laugh at such an inconceivable notion.

Oh sure, 2016 may be remembered by some as the year our nation finally elects a woman president. Tim Kaine may be a blathering idiot, but if you ask me, objectively speaking, the far bigger story is that this will be remembered as The Year of TIM – The year America finally puts someone named Tim in the White House.

*TIM is MFNS senior journeyman janitor and a keen observer of culture. He is a longtime resident of the YMCA and one of the nation's foremost collectors and experts on antique sports whistles.