TRUMPOPHOBIA: SNOWFLAKE SCARED THAT HIS PLUMBER WAS A NAZI

If the headline sounds insane, that’s because it is. Modern day Progressives have always been crazy, but the election of Donald Trump has exposed their madness in an epic way. An editor for Think Progress is so traumatized by the President-elect that he’s having paranoid delusions that his plumber is a Nazi capable of extreme anti-Semitic violence. This is going to be a rough 4 and maybe 8 years for the left.


Ned Resnikoff is a senior editor at liberal shitpile Think Progress. Recently he this on social media:

"I Wanted to share an experience from earlier today. This afternoon, I had plumber over to my apartment to fix a clogged drain. He was a perfectly nice guy and a consummate professional. But he was also a middle-aged white man with a southern accent who seemed unperturbed by this week’s news."

"And while I had him in the apartment, I couldn’t stop thinking about whether he had voted for Trump, whether he knew my last name was Jewish, and how that knowledge might change the interaction we were having inside my own home. I have no real reason to believe he was a Trump supporter or an anti-Semite, but in my uncertainty I couldn’t shake the sense of potential danger. I was rattled for some time after he left.

Potential danger?  Of what, a clean running drain?

"I’m very privileged insofar as this sense of danger is unfamiliar to me. And I know I feel it much less accurately than a lot of other people right now. I’m still a straight, white guy who can phenotypically pass for gentile."

"But today was a reminder that ambiguous social interactions now feel unsafe and unpredictable in a way that they never did before. And even if Trump is gone in four years, I don’t expect to ever reclaim that feeling of security. That’s just one more thing you voted for, if you voted for him."

Okay people, let's recap. A gainfully employed middle-aged white man with a southern accent was a nice person and did his job well, and the liberal now fears for his safety because of Donald Trump. This is both parts sad and hysterical. 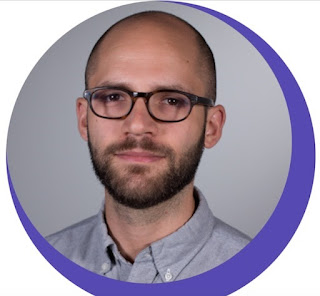