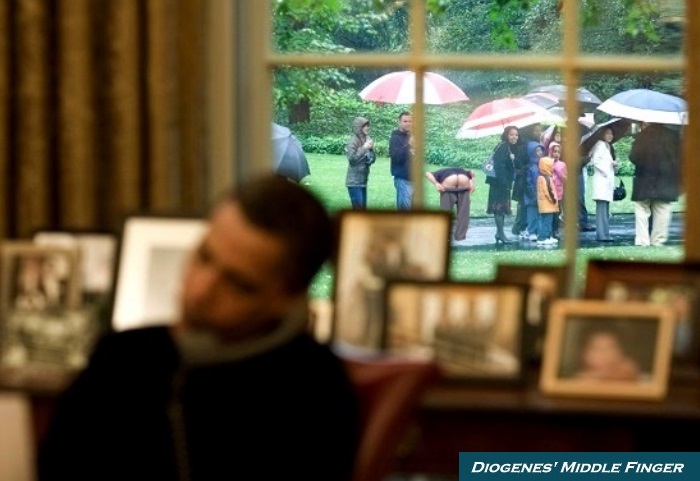 Protesters in Chicago have reportedly planned to use a Notorious White House Photo-bomber's tactic in order to get Donald Trump to release his tax returns by mooning Trump Tower in Operation "Kiss Our Asses, Release Your Taxes!"


The Blaze - The events organizer, Bailey Davis, believes that a little exhibition is just what it will take to get Trump to do what nothing else has convinced him to do yet.


"Certain things get people on their feet. Not everybody is going to watch ’60 Minutes’ because they think it’s boring. If you ridicule (Trump) or make him feel like he’s the loser, that’s how he blows up. That’s what makes The Donald implode.  If 500 people go up to that tower and pull their pants down it’s not going to go unnoticed, and that’s the goal."

According to the Facebook page for the event, participants are supposed to meet at the Trump International Hotel and Tower at 3:30 on February 12th, then “at the crack of 4:00 (pun intended)” they will drop their diapers for a whole ten seconds in order to “send a powerful message to the Washington Elites.” They then added the hashtag #rumpgsagainsttrump.

How exposing yourself to a building will send a powerful message to people in a place miles away is anyone’s guess, but rest assured that social media will be having a fun day this month on the 12th.