Department of Homeland Security Shifts Funds from Defending Illegals to New Office to Help Their VICTIMS. 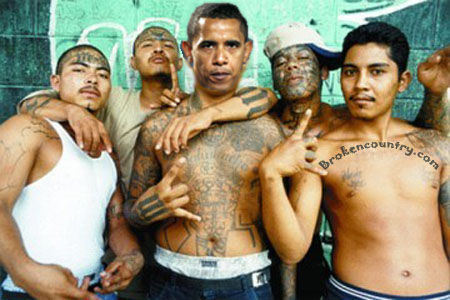 An excellent example of the media turning a blind eye to what Obama was doing to America. Defending illegals rather then protecting the citizens.

CNS - On Tuesday, DHS Sec. John Kelly issued an immigration memo shifting the U.S. government’s efforts and resources away from defending illegal aliens to helping their victims. The memo creates the “Victims of Immigration Crime Engagement” (VOICE) office, which will act as “liaison between ICE and the known victims of crimes committed by removable aliens.”

The memo also reallocates “any and all resources” currently used to advocate for illegal aliens and terminates “outreach and advocacy services” provided to them.

“Criminal aliens routinely victimize Americans and other legal residents. Often, these victims are not provided adequate information about the offender, the offender's immigration status, or any enforcement action taken by ICE against the offender. Efforts by ICE to engage these victims have been hampered by prior Department of Homeland Security (DHS) policy extending certain Privacy Act protections to persons other than U.S. citizens and lawful permanent residents, leaving victims feeling marginalized and without a voice. Accordingly, I am establishing the Victims of Immigration Crime Engagement (VOICE) Office within the Office of the Director of ICE, which will create a programmatic liaison between ICE and the known victims of crimes committed by removable aliens. The liaison will facilitate engagement with the victims and their families to ensure, to the extent permitted by law, that they are provided information about the offender, including the offender's immigration status and custody status, and that their questions and concerns regarding immigration enforcement efforts are addressed.”

* In the past two years, the Obama Administration spent $9 million of taxpayer money to provide attorneys to illegal aliens.

* Even today, the U.S. Customs and Border Protection (CBP) still advertises safe zones (“sensitive locations”) – such as school bus stops, health clinics and parades - where illegal aliens will be free from enforcement actions.