Kellyanne Puts Squinty and Meat Puppet in Their Place 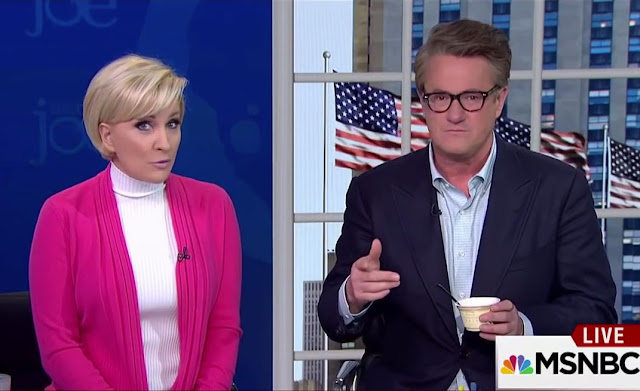 MSNBC's “Morning Joe” hosts Mika Brzezinski and Joe Scarborough, known affectionately here at DMF as 'Squinty and Meat Puppet', for some reason decided out of the blue to attack Kellyanne Conway, the Senior Adviser to the President.

Meat Puppet Mika's anger and hatred showed all over her face as she brought up Kellyanne Conway out of nowhere during MSNBC’s lowest rated show. It sounded like maybe her monthly visit had arrived as she couldn’t help but attack Conway on live TV.


“This is a woman who came on our show during the campaign and would shill for Trump in extensive fashion, and then she was turned off the air, the camera would be turned off, the microphone would be turned off, and she would say, ‘Blah, I need to take a shower,’ because she disliked her candidate so much.”

Then,Mika's love puppy and co-host Squinty Joe had to chime in like a gossiping old lady:


"She said this is just my summer vacation, my summer in Europe and basically I’m just going to get through this."

No one in their right mind who has watched Conway over the last few months would buy this for a minute. Not only that, but it’s widely known that news shows have certain rules about what guests can expect.  Tucker Carlson commented on this situation and said that it’s known a host never remarks on air what a guest said off the air, so he puts zero credibility into what the sad duo of “Morning Joe” had to say.  It’s apparent these two are pissed off because Conway now refuses to do their show. And why would she? Out of all the morning cable news shows, their ratings are consistently the lowest. Conway needs no back-up to take them on anyway.  Instead of lowering herself to how they behave, she took the high road: 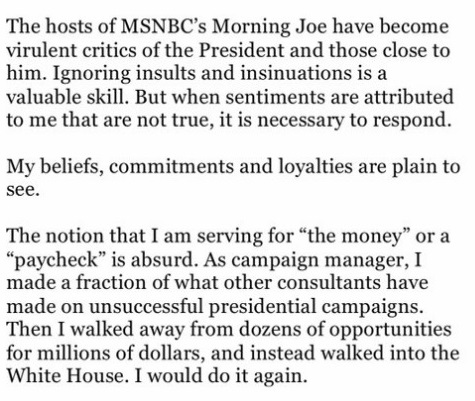 Even if it was true, why would they bring it up now?  Just jumping into the Media Circle Jerk maybe?  Well, during the campaign, Trump and Conway granted interviews to “Morning Joe.” Both brought ratings, which they sorely needed, so they fawned over Trump much to the chagrin of everyone else over at MSNBC.  Then, after the election MSNBC went full retard, and Trump & Company were through with them, cut them off and leaving them high and dry.  No longer would they be getting the ratings which came with Trump.  So it is Squinty and Meat Puppet who will now do anything for publicity and ratings, MSNBC style prostituting for ratings.
© Posted By Diogenes Sarcastica™ on 5/17/2017 04:00:00 AM