Al Sharpton: There Not Be Enough Black People Sellin' Weed 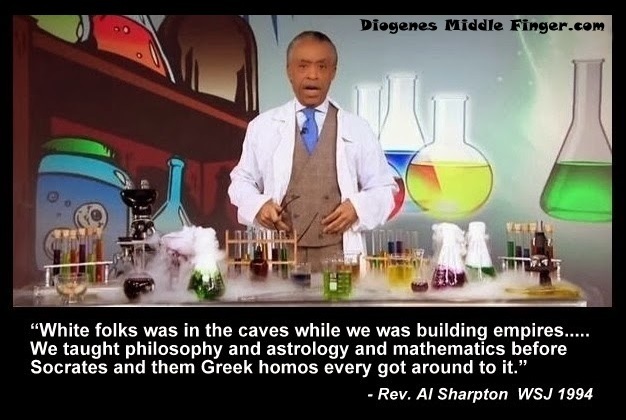 Reverend Al Sharpton has a new beef with white society. Yeah, I know you're shocked. When it comes to spewing bullshit, the MSNBC host and race-hustling extortionist has few equals. Rev. Al has been a fixture of the racial grievance industry and ranks as an elder statesman in a time when, thanks to Barack Obama and the Democrats, race relations are at the lowest point since before the civil right era.


"Rev. Al Sharpton says he does not personally consume marijuana, but that’s not stopping him from calling for more black representation in the white-dominated weed industry will be the keynote speaker at the Cannabis World Congress Business Exposition in New York on Friday. The event will mark the first time Sharpton will speak publicly about the decriminalization of marijuana use and call for an increase in diversity and better inclusion of people of color within the industry.


“Just because I don’t use marijuana as a Minister, does not mean I have the right to impose my moral values on others. However, I will challenge the cannabis industry and its distributors in states where it is legal ensure that we are not disproportionately excluded from business opportunities.”

The event marks the fourth annual year for cannabis expo, which is recognized as the leading trade show and conference for the legalized cannabis, medical marijuana and industrial hemp industries. It will include a series of speakers and exhibits that will highlight ways to open, invest in and grow businesses focused around marijuana.

Based on crime statistics one could point out that Sharpton is only telling half of the story. While blacks may be underrepresented in the legal marijuana business, they are dominant when it comes to self-employed street corner pharmaceutical and marijuana sales. And after Barack Obama did very little to help blacks for 8 years, it seems the good reverend could find a better cause to forward the black community then pushing affirmative action in the weed dealing business.  But, this clown long ago became a parody of himself.
© Posted By Diogenes Sarcastica™ on 6/15/2017 10:35:00 PM
Labels: Al Sharpton, America!, Are We There Yet?
Newer Post Older Post Home