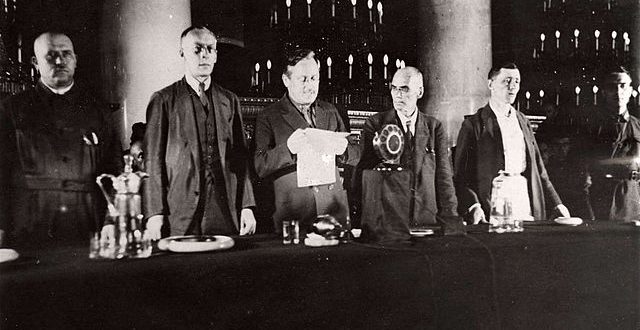 Now that patriotism is as out of step with the times as shag carpet and wood paneling, it is deemed hateful, arrogant, racist, xenophobic and oh so many other unsavory things.

America is on trial.

Will the next statue to fall, metaphorically if not literally, be that of Lady Liberty herself? A lynch mob gathers at her feet to punish her for her sins, past and present, real and imagined. This mob is not, as one might suppose, led by the likes of Vladimir Putin or Kim Jong Un. Nor is it led by ISIS and the Ayatollah. Rather, this mob consists of home-grown groups with names like Black Lives Matter, Antifa, or those who fall under the broad banner of “Alt-Right.” Fringe elements all, these groups see themselves as social justice personified, but are, in fact, the embodiment of anarchy, violence, and the politics of hateful reaction. They are competing visions for America that are literally fighting it out in our streets. But what, precisely, is the end game here? What kind of country would these people give us? - LARRY TAUNTON