“Hollywood has the best moral compass, because it has compassion.” - Harvey Weinstein

People of my age probably know “Welcome to the Jungle” by Guns and Roses pretty well. The song is about Hollywood and the ugly side most people don’t think about.

And this isn’t in any way a new thing. Hollywood has always been a dark place, pretty much from the beginning. But it does seem that the high school popularity contest taken to the adult level has gotten worse with its preaching to the “deplorables” on the other side of the San Gabriel Mountains. It honestly thinks it has a duty to guide American culture and the country’s collective morality. That Hollywood thinks this is just indicative of how completely nuts the place has gone.

Don’t preach to us anymore Hollywood. There is a reason fewer people are watching your movies and it’s not JUST because you aren’t putting out anything good. You wish. America, in very large part is just moving on. People used to care about the Oscars. Now they don’t – or at least many more don’t these days. Many people are coming to realize that the product Hollywood sells, a Kardashian world, is bankrupt increasingly in every sense. It’s a waste of time. Hollywood has had it good for so long that it has forgotten that its not an industry like energy, or farming. It’s a luxury item. Hollywood is paid to entertain. If yet another CGIed up Marvel comic book movie doesn’t come out the world will go on. In fact if Hollywood just went away completely the world would go on.

Hollywood seems to hold its customers in contempt. This is not a good strategy for an industry of actors and jugglers. All Americans have to do is just turn off the TV, or stop going to the movies. (Something more and more of us are doing anyway.) Just ask the NFL how it feels. 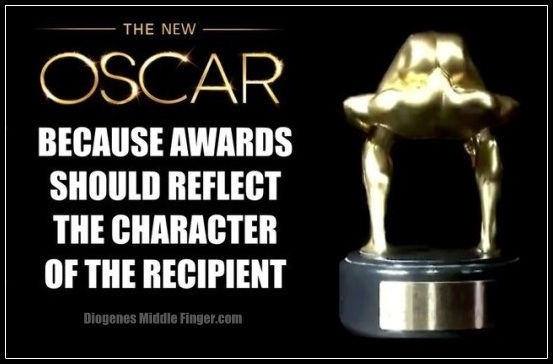 Thank You MJA for the Linkage!