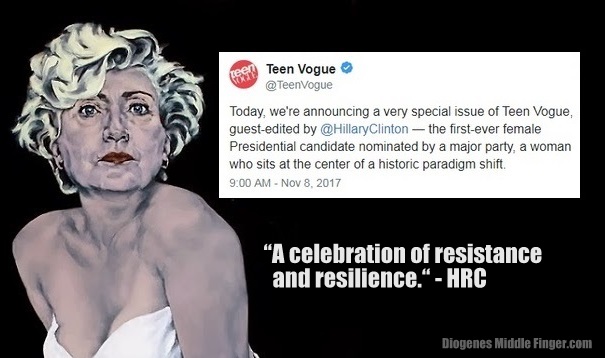 "Having spent the last two months promoting her grimoire of grievance What Happened?, Hillary continues to linger like a bad case of gas on the day after Thanksgiving.  And now in an announcement that is sure to thrill the dead-enders and the next generation of feminists, Hillary will be guest editing the upcoming issue of Teen Vogue which is one of the last print editions. The issue is scheduled to hit newsstands in early December. In doing so it would seem that Hillary is putting her personal seal of approval on Teen Vogue’s often reprehensible sexual articles that promote ideas of being sexually promiscuous to a target audience of girls 11-17.


“Teen Vogue takes teen girls seriously and understands that style and substance aren’t mutually exclusive,” Clinton writes in the statement, saying she jumped at the chance to guest edit. “I love seeing articles about the search for the perfect makeup remover next to essays about running for office (I have strong opinions on both topics, but we’ll get to that later). Teen girls are a powerful force for good in the world, and it’s refreshing to see that reflected in these pages,” she continued. 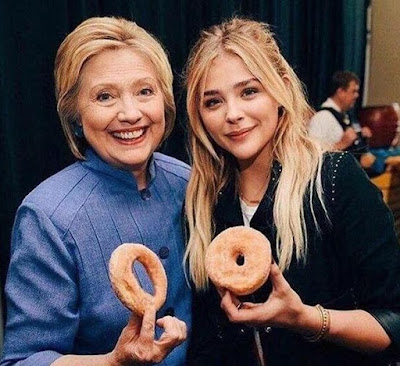