Why the Left Opposes Arming Teachers

by Dennis Prager for TownHall

Why does the left oppose allowing a small number of highly trained teachers and other adults who work at schools to arm themselves? When asked, their response is consistent: “It’s a crazy idea.” And “We need fewer guns, not more guns.” 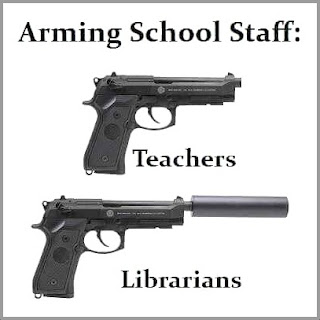 A New York Times editorial offered the following argument against having any armed teachers:


“Nationwide statistics on police shooting accuracy are not to be found. But if New York is typical, analyses show that its officers hit their targets only one-third of the time. And during gunfights, when the adrenaline is really pumping, that accuracy can drop to as low as 13 percent.”


“If a pistol-strapping chemistry teacher had grabbed her .45 and unloaded on today’s gunman after he killed, what, one student? Three? Five? That would be good news?”

Of course, no murder is “good news.” But to most of us, one or three or five as compared with 17  murdered is good news. Only those who think it isn’t good news think permitting some teachers and other school staff to be armed is a bad idea.

Beyond such arguments, the left rarely, if ever, explains why allowing some teachers and other adults in a school to be armed is a crazy idea. They merely assert it as a self-evident truth. But, of course, it's not a self-evident truth. On the contrary, having some adults who work at schools be trained in the responsible use of guns makes so much sense that the left's blanket opposition seems puzzling. It shouldn't be. On the question of taking up arms against evil, the left is very consistent. - Keep Reading