How dare Donald Trump distract from a perfectly good scandal with something as frivolous as foreign policy!! Viewers of MSNBC will be relieved to know there is still at least one show determined to talk about the real issues. Joe and Mika can see straight through the charade of a Donald Trump meeting with North Korean dictator Kim Jong-un for what it truly is: an attempt to bury the Stormy Daniels scandal!!


"He makes a decision on North Korea because of Stormy Daniels, and people can deny that all they want, but if you're doing that, you're in the tank for Donald Trump, because it is painfully obvious that's exactly what's going on."

This bowl of stupidity is almost out-weighed by MSNBC's gender confused Ricky Maddow's near meltdown over possible talks with the Korean Fat Kid. That creepy little freak (I’m referring to Kim Jong-un, not Maddow– I see where there could be some confusion there) only responds to a show of power and intimidation. That’s what Trump’s been doing. DJT isn’t going over there to talk to an equal. It will be a sheltered kid who was handed the leadership of his country as a birthright versus someone from the cutthroat world of negotiations in New York real estate. He’s going over there to talk to a deranged lunatic. And does the left really believe Trump would walk into talks with the Kim without having done any homework?? No, but he managed to give the media another running shit fit! 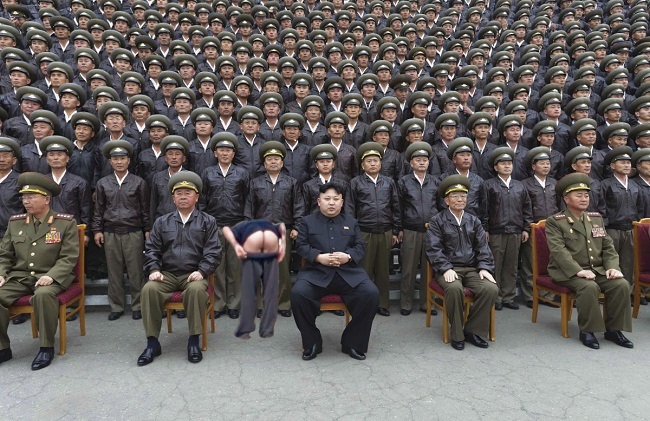