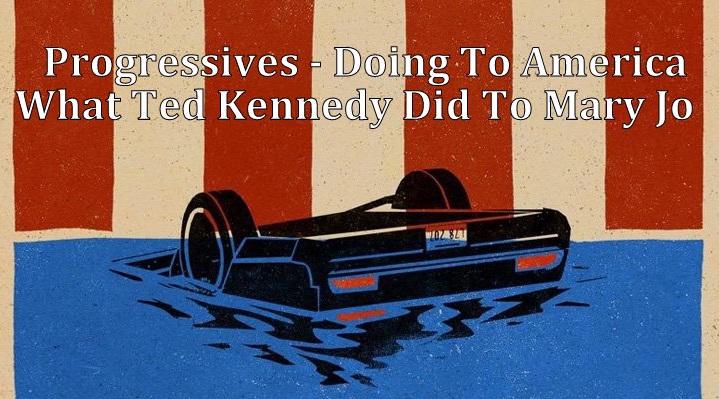 WFB - In a New York Times op-ed published Friday, a liberal journalist and film critic complained the new film Chappaquiddick was a "character assassination" of its central character, Democratic Senator Ted Kennedy. In "How ‘Chappaquiddick’ Distorts a Tragedy", Neal Gabler, who is working on a biography of Kennedy complained the film, released in theaters Friday, has been "heavily promoted by conservative media outlets, and reviewers across the political spectrum have praised what they deem its damning but factual approach. Damning it is; factual it is not."

"There actually was no "cover-up" of Kennedy's car accident that led to the death of an aide, he claims, adding that "no one but the most lunatic conspiracy theorists see this as anything but a tragic accident in which nothing much was covered up."  The accident was caused by Kennedy's negligence and resulted in the death of his passenger, Mary Jo Kopechne, who was trapped inside the vehicle.  The screenwriters have said their efforts in making the film aren’t partisan and they aimed to tell the facts of the story. Gabler doesn't actually point to any factual errors in the film (save for the fact that Joe Kennedy, confined to a wheelchair by a stroke, likely wouldn't be able to grunt one-word dialogue like he does in the film). Instead, his criticism is limited more to the depiction of Kennedy as a character. "In this version, the Kennedy character leaves Kopechne to die as she gasps for air, and then, with the aid of his brothers’ old advisers, cooks up a scheme to salvage his presidential ambitions. A more callow, cunning, cowardly and self-interested yet moronic figure you couldn’t find," he wrote.

Gabler claimed Kennedy actually felt "deep remorse and responsibility," and eventually grew to be "an indispensable legislator whose achievements included the 18-year-old vote, the Americans With Disabilities Act and the Children’s Health Insurance Program."

"It is very possible that over time, through the osmosis of social media, the despicable Kennedy of this movie will eradicate the honorable if flawed real one," Gabler wrote.

Yes Mr. Gabler, you may be right because the jig is up, as they say. You can continue the polish the turd known as the Lion of the Senate the Fredo of the Kennedy sons, who lied and stammered through a senate career from a safe seat riding the coat tails of his dead brothers, powered by Scotch and Bourbon.  You can gloss over his attempt to subvert a Presidential Election or treasonous offer to collude with the Soviet Union to undermine Ronald Reagan and America's National Security. And we won't mention his full throated push of the 1965 Immigration Act that has indeed, despite the pack lies to the contrary he feed America, has help turn the Great American Experiment inside out.  Yes Mr. Gabler, Ted Kennedy may very well have felt deep remorse. But that's between him and his maker to measure.  The fact he connived,  philandered, lied and drank his way through most of his political career, you and a hundred more glowing biographies can not erase.