Where Do You Draw the Line in Today’s Crazed Political Environment?

"If you vote for Trump, then you the voter, you, not Donald Trump, are standing at the border like Nazis going ‘you here, you here". – Donny Deutsch on MSNBC last week

"Whoever fights monsters should see to it that in the process he does not become a monster. And if you gaze long enough into an abyss, the abyss will gaze back into you." – Friedrich Nietzsche a long Time ago.

With each passing day, DJT's hardcore detractors become more deeply hysterical. With every turn of the news cycle they are increasingly convinced that only they and their allies can save the nation from total ruin. Superficial resistance is what you see from establishment Democrats and MSNBC, peddling the fairytale that Trump the person is the problem, not the system itself. Trump the man isn’t our huge problem; excessive, secret and unaccountable government power is.

Obsessing about Trump the man has caused many of his high profile detractors to become myopic and downright foolish. A perfect example of this occurred last Friday when Donny Deutsch, an advertising guy and pundit, explicitly instructed people to consider Trump voters Nazis. What he said was ludicrous, dangerous and petty. But then again, he is a regular on MSNBC's Morning with Squinty & Meat Puppet, who even SNL ruthlessly mocks. Standing up to and making government officials uncomfortable is part of American political heritage. But what we see today borders on superficial, nonsensical and completely phony resistance promulgated by elitist cable television pundits, untruthful reporters and washed up corporate Democrats such as Nan Pelosi and Chuck Schumer. 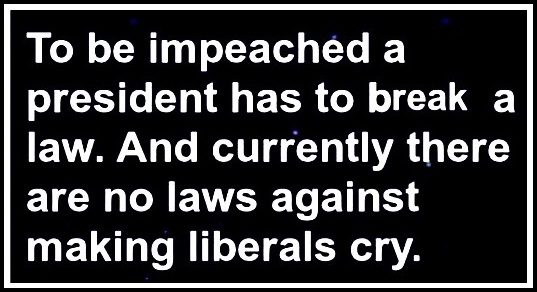