This Isn’t Even a Wrist-Slap 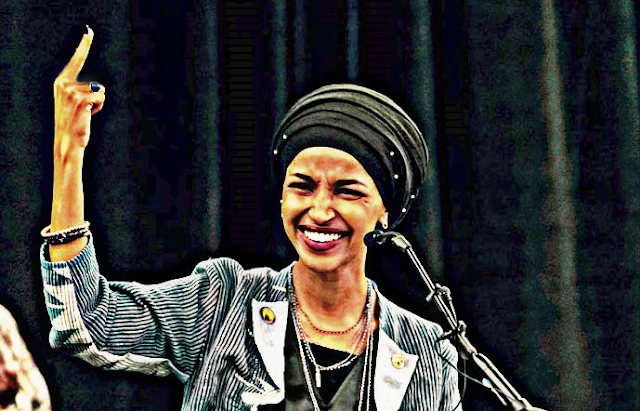 "The House of Representatives had plans to vote today on a resolution that’s billed as a slap at Rep. Ilhan Omar over her persistent anti-Semitic remarks — but it doesn’t even mention her by name. Drafted by House Speaker Nancy Pelosi and the help of New York’s own Eliot Engel and Jerry Nadler, the measure merely denounces a host of anti-Semitic tropes, such as “the myth of dual loyalty, including all allegations that Jews should be suspected of being disloyal neighbors or citizens.”

"The resolution will be updated to include anti-Muslim bias and other forms of bigotry, likely pushing a vote to Thursday, a day later than they had originally hoped, according to two Democratic aides. House Speaker Nancy Pelosi and Majority Leader Steny Hoyer told Democratic leaders about the change of plans Tuesday evening, one of the aides said......"

Volumes have already been written postulating on why Jews vote Democrat and think the way they do and it's too complicated to go into here without taking up the entire blog for at least a week.  What you have are the twin evils of Leftism and Islam teaming up to achieve a shared geopolitical vision of destroying post-Enlightenment Western civilization, its advances, everything it stands for, and supplanting it with their own. And Bernie Sanders, Donkey Chompers, Nadler, Schumer and all the rest are in for a very rude awakening about what will happen if they succeed.

Last night's sham of a mockery of a charade of two shams of a farce of that non-condemnation condemnation proves my point. To wit, the Democrat Party is an anti-Semitic, anti-Christian, anti-American entity that poses an existential threat to our existence. And it's not just the party which is the political apparatus in government. It is also the media and most crucially the schools. They are acting in concert, using the very freedoms they despise to proclaim that what they are doing is in the name of preserving them.

Another tactic taken up by Democrats, I've noticed, is trolling for supposedly anti-Semitic comments by Republicans to deflect and dilute the attention on Omar. On Monday Democrats found one such strawman, when the ranking member of the oversight committee, Jim Jordan, spelled liberal donor Tom Steyer's name with a dollar sign in a tweet. Liberals across the media quickly took up the cause: "Gee whiz, what if Ilhan Omar had done this?!" Well, if Omar had inserted a dollar sign into the name of a supposedly Jewish donor, considering her history, we'd have to assume she’d was clumsily trying to make another bigoted comment. - JJ Sefton