Nadler & Co. Not the Only Committee Acting Like Stalinist 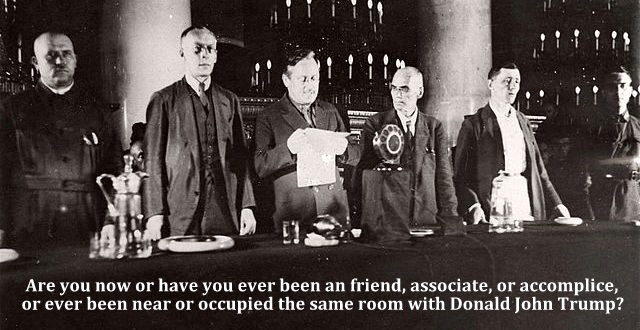 Even as the little fat man Nadler is demanding the Attorney General of the United States break the law for the purpose of his committee's grandstanding for the leftist droolers, according to Breibart, House Committee on Oversight and Reform chairman, Rep. Elijah "Bullet Head' Cummings (D-MD) is now bringing newsroom debate into his House Oversight Committee for investigation. He wrote to former Fox News reporter Diana Falzone demanding that she turn over any documents relating to Trump’s alleged extramarital affairs.

An article in the New Yorker last month alleged that Fox News executive Ken LaCorte spiked the story to protect Trump — a claim LaCorte has vehemently denied, saying the story lacked corroborating evidence and that the network was merely practicing responsible journalism, as were other outlets who declined the story. That article seems to have motivated Cummings’s letter — a letter that not only seeks personal dirt on the president, but seeks information that might be used to review Fox News’ editorial decisions.

The committee’s letter suggests that Fox News may have violated campaign finance rules if it tried to help Trump by suppressing the Daniels story. Falzone has said she will cooperate with the committee, despite an agreement with Fox that prevents her from speaking about the story.

In an op-ed at Mediaite, LaCorte says he supports Falzone’s desire to talk about the story publicly, but that he will refuse to cooperate with the committee’s effort to exercise oversight over the free press:


"Falzone’s lawyer announced that she would comply with the committee. I won’t. If House Oversight can launch an investigation based on the ridiculous notion that publishing, or even more bizarrely not publishing, a story can be construed as an in-kind campaign contribution, then no journalist in America is safe from government intimidation.

It’s a vast overreach of power, and I won’t have any part of it. To be clear, I fully support Fox News lifting Falzone’s non-disclosure agreement so that she can make her case publicly, without leaks or lawyers. But neither editorial decisions nor joke writing should be a subject of government approval....." - Full op-ed HERE.