And Lo! For The Lizards Shall Enter The Valley of Death. Saturday Down South - Week 7 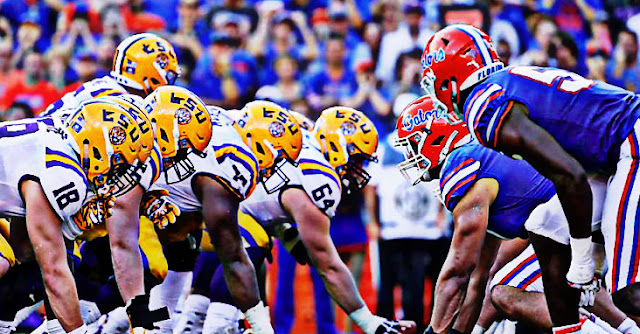 The last time the Florida Gators and LSU Tigers met as both undefeated top 10 teams was Oct. 2015 in Baton Rouge.  Saturday Night in Tiger Stadium they met again as one of the top offenses in CFB meets one of it's top defenses. If I may quote from my preseason post:

"But I will say this - with the exit of the Squirrel McElwain at Florida, I believe Dan Mullan can recruit better there than he ever could at Cowbell U. and is going to bring the Gators quickly back to prominence in the East. This year? Who knows which Fippy Franks will show up?

The latter question is answered, and the former seems even more likely than when I wrote those words.  The Gators have been winning ugly, but no matter, you have to respect 6-0.

Saturday will be the biggest test for both teams so far this year. Each of the past 7 games between the two has been decided by a touchdown or less. That may not be the case this time. This will be the best defense the Tigers have faced as well as the most productive offense the Gators have had to defend against. The Tigers lead the nation in scoring at 54.6 points per game and are second in total offense at 571.2 ypg. The Gators lead the SEC in defense and are 5th in the nation in points allowed at 9.5 per game. Somethin' gotta give.

Both teams lay claim to DBU. That will be settled Saturday night. There's a lot of talent on both sides and I expect to see more than one interception before it's over.  All in all, I think the Gators are more then capable enough to slow down the Tiger offense. But if they don't bring a better game then they did last week, I don't think they can hang with the Tigers all night.

This is night game in Death Valley, and the Gators won't be playing against a freshman QB. 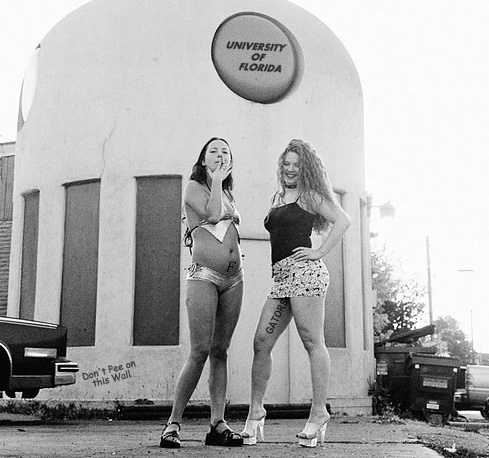 South Carolina @ Georgia 12PM ET
Gamecocks win the coin toss. The most sacked QB in the league has a very long day.
Pups by 20+  ✖


Alabama @ Texas A&M- CBS 2:30 CT
Like LSU, whispers have been heard that the Tide defense is not up to it's SEC reputation. The Tiger defense showed up last week, as will the Tide's this week. Offensively, it will be the Tua & Jerry show.
Tide by 24 ✔

Oklahoma vs Texas -  FOX  2:30 CT
Jalen Hurts, the coolest, calmest QB in college football has a good day against the Longhorns at the Cotton Bowl.  No matter what he faces, he makes it look easy. The Sooners offense is running on all cylinders......wide open.
Oklahoma by 13 ✔