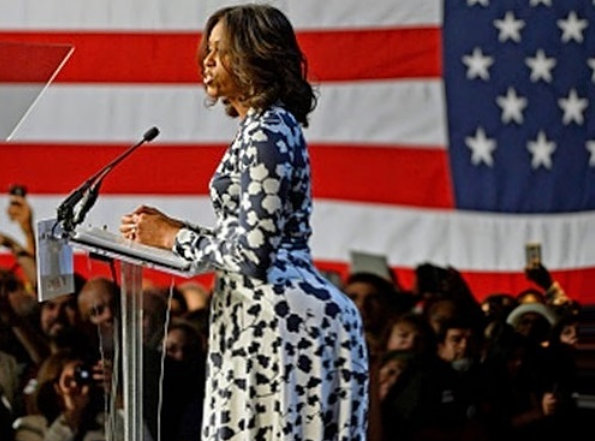 Fat Phobia Is Rooted in Racism Against Blacks

The whole point of the political movement and religious cult of "intersectionality" is simply to construct a Coalition of the Aggrieved, and create a religious architecture that binds them completely so that they will not defect from the coalition.

This requires claiming that wealthy white women's travails are similar to those of impoverished black street kids. Muslims' oppression in AmeriKKKa is just the same as a transgender's. Note that some of the biggest fights in the Coalition of the Aggrieved come when this proposition -- that this group's alleged struggles are just as bad (or worse) than this other group's struggles, or likening one group to another group they don't like -- is tested and pushed.

But again, intersectionality is not meant to be taken as literally true. At least, not by the people running the grift. It's simply a political claim which absolutely no one believes which is repeated like a mantra to keep the Coalition of the Aggrieved voting and rioting together.

That's a decent context, I think, for evaluating a Fat Acceptance pyrsyn's claim that if you're anti-obesity, that must be because you're also anti-black.


"A professor who regularly writes about race and health issues recently argued that the stigma surrounding obesity is linked to racism. Sabrina Strings, a professor of sociology at the University of California, Irvine told CBS News that the medical community's approach to weight issues stems from anti-blackness and oppression...."

"We cannot deny the fact that fat-phobia is rooted in anti-Blackness. That's simply an historical reality. Today, when people talk about it, they often claim that they don't intend to be anti-Black ... they don't intend all of these negative associations, and yet they exist already, so whenever people start trafficking in fat-phobia, they are inherently picking up on these historical forms of oppression."

Any claim which ties one part of the Coalition of the Aggrieved to another part is a useful claim, and all useful claims must be insisted to be true even though they're plainly false or even plainly bonkers.

She also claims the mass-body index is racist.