The Fire Marshalls of Free Speech 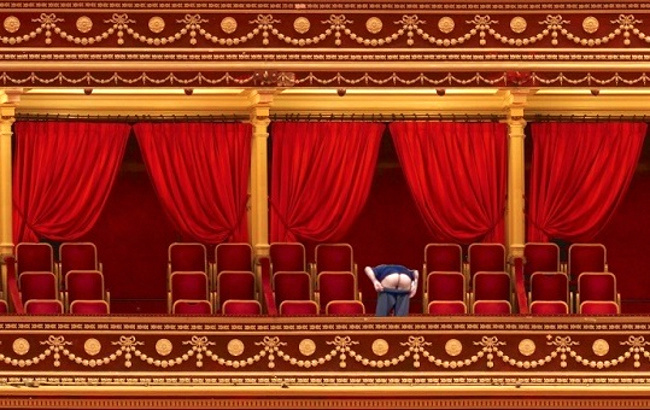 Mathematician & Economist Eric Weinstein (brother of Brett, and also a professor of a heterodox bent) railed against the current system of censorship we have.  Specifically, we are forbidden by the Church of Woke from departing from any of the Consecrated Lies, until a pope of the Church of Woke, like Jon Stewart, issues a papal decree giving us permission to speak the obvious truth.  He also notes that singer Arianna Grande took a selfie without a mask on and suddenly the left declared it was safe to go maskless.  Because she, being a celebrity, is also a pope in the Church of Woke.  But Weinstein doesn't use the church/inquisitors metaphor.  Rather, he likens our current censorious era as one of Free Speech Fire Marshalls.  The Fire Marshalls tell you when free speech is too dangerous -- not crying fire in a crowded theater, but actually fire in a crowded theater.  But then the Fire Marshalls also tell us, sometimes, that now it's safe to use some free speech again.

"We've had many recent stunning reversals that all have the same exact pattern. The mainstream says when the obvious may be acknowledged.

A) Time mag. says: There Was a conspiracy against Trump in the Election.

B) The Lab is Likely the Covid Origin.

C) You can enjoy Outdoors.

I could have been maskless outdoors long ago. I knew the Lab was never a racist wildeyed idea. And I knew tech was conspiring against even anti-Trump accounts that were off-narrative. They did the same on masks. And on flu worse than "no big deal" COVID. The exact same pattern.

Okay. Where is the story: "a lot of people we call crazy got everything right before we did... but we get to determine who is allowed to think and speak using platforms." The platforms are punishing everyone who doesn't wait for the signal.

Mostly conservative refuse to wait. It's like an intellectual fire drill where we all get marched out of the building of sane rational thought while lunatic firemen search for the fire that isn't there. Jon Stewart is a narrative fire Marshall. "You can't be sane just yet... Okay... Now it's safe to use your mind."

This is what conservatives and disaffected liberals have in common. We don't wait to use our mind because the New York Times or NPR isn't sure what will happen if we think for ourselves.

Ariana Grande is a Fire Marshall. When she dances with no mask, we all can. Thx @ArianaGrande ! I think this is the common cause I feel with Conservatives most. I hate outsourcing my brain in my one beautiful life to people appointed to control when it is safe to think. I don't want intellectual fire Marshalls unless D-day is next week and we can't afford a misstep. Ariana Grande is pretty. And she can sing. But she ain't Francis Crick or Sydney Brenner [both Nobel Prize winners for medicine], and they would *never* ask me to stop thinking until Ariana and Jon Steward give the all clear.

This is why smart people hate this fire Marshall system. It's going to happen again. End it. Moral. It's not that conservatives are smarter. It is that they aren't obedient.

The Democratic Party is becoming the party of obedient thinkers. Good puppy. Now lie down. Good boy. Now say "Flatten The Curve." "Come on. Come on boy. You can do it. Yes! You said it. I'm so proud." At some point it'll be allowable to say Anti-Racism is racism rebranded. But everyone who jumps the gun is not a good doggy. It will be acceptable to say intersectionality developed into a shakedown. But the key is did you wait for the stewardess to stand or did you jump the gun? Yes the plane is still. Yes the pilot left the aircraft after shutting the engines. But if you decide to get up before air hostess Ariana dances you are a bad bad person.

That's not for you to decide. That's for Ariana. And Fauci. And Jon."

By the way, conservatives are in fact smarter than liberals, if you take education level as a proxy for intelligence. (Which liberals, almost to a man, do.)  Conservatives have higher rates of graduation from college.  Liberals can point to a higher number of Ph.D.'s, but that is a very small group and doesn't outweigh the big advantage conservatives have in college-level education.