Editors Note: In fall of 2010, there swirled in DC rumors that Vice President Joe Biden was writing a book. (I'll wait while you stop giggling) Little did we know that DMF would be the first to confirm those rumors. After much drinking and spirited discussion, in the spirit of the first amendment(and to get attention) we thrust ourselves into history and went to press with what we had......
________________________________
From the dank archives of DMF - 9/26/2010

EXCLUSIVE: Excerpts From V.P.'s New Book
Recently, in the wee hours of the night, someone threw a paper bag over the transom of Diogenes’ offices that was found to contained parts of the unedited manuscript to Vice President Joe Biden’s super secret upcoming explosive blockbuster tell-all memoir of the 2008 campaign and first 2 years in office.


Here is a small sample of what it contained:
From the Chapter on Sarah Palin:

"I do kinda  like that Alaskan broad Sarah Palin!  She smells good.  After the Vice Presidential debates were over, she sent over flowers and a bottle of excellent scotch to me with a note:

"Then months later the Governor sent over a signed copy of her #1 bestselling book "Going Rogue" with the inscription:

"Ol’ Joe almost teared up for a second. But the best surprise was she sent with the book a big picture of the cover of her follow up book due out  just in time for the up coming midterm elections." 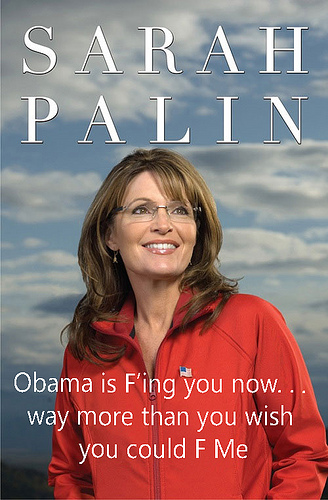 "Barry is such a stuffed shirt when it comes to the whole media thing.  He gets so nervous when they point a camera or microphone in my direction? I don't know why.  They're all bending over backwards to make us both look good. Even those Mexicans and Black guys!..........."

"I wonder if Wolf Blitzer’s momma named him that because he was born with that beard.  And what kinda TV name is Rachel Maddow for a man anyway?........."

Joe also talks at length about his one true love which he brought to D.C. with him. 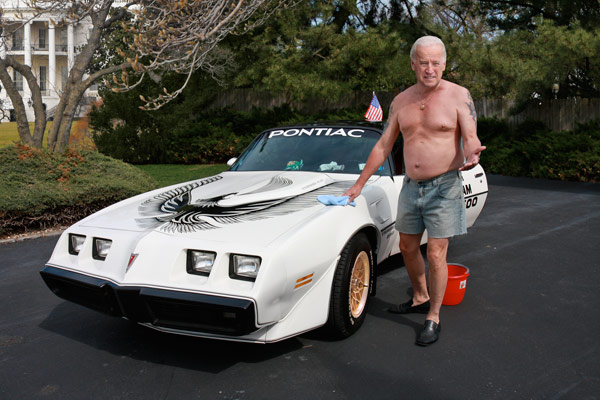 "Back in the day we used to call 'em panty-melters. One babe caught a glimpse of those custom rims after a AC/DC concert in Philly and she couldn't get into that backseat fast enough."

"Gotta  keep her looking good so I can impress the chicks when I'm cruising up and down Pennsylvania Avenue when Barry is out of town............"

Other revelations we found in the manuscript:
* Biden reveals who in Congress owns the best porno DVD collection.
* Addresses his controversial statement about “radical Islamist having sex with goats” by clarifying he meant "only the ones who actually own goats."
* Reports about the discussions over drinks in after hours oval office meetings as to why after every return from an official overseas mission, Hillary Clinton’s ass looks bigger than before.
* After the magnificent victory over Republicans in the coming mid-term elections, Biden plans a whirlwind visit to all 57 states.
The working title to the book as of this report is:
" The 2008 Campaign, the Best I can Remember "
______________________________
~ Thank You WHATFINGER NEWS for the Linkage! ~
© Posted By Diogenes Sarcastica™ on 8/05/2021 05:00:00 AM
Labels: 46*, Throw Back Thursday