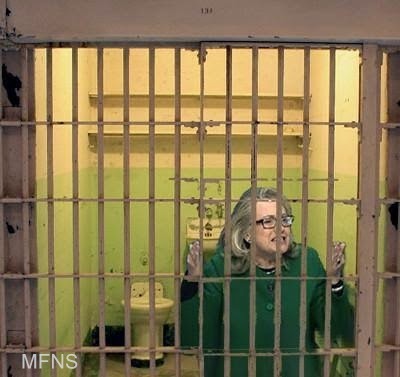 from the 'Great Moments in History' archives - July 2014
(MFNS) NYC - Former First Lady, Secretary of State, pretentious Hag and would be famous literary personality, Hillary Clinton, was surrounded and captured at a book-signing today by a vigilante group representing the the Writer Guild of America
Witness said Mrs. Clinton rose slowly from her seat and said "I've been expecting you". As Mrs. Clinton was led away she was heard to mumble "Mark My Word You Bitches! You all will pay for this after my coronation!"

Speaking for the writers vigilante group to reporters was the Writer Guild President, Dame Edith Bronson, author of such classic works as 'The Soul of a Squid" and ' The collect poems of Hugo Chavez':

"I, as well as my colleague, Professor of Biography Dr. Paul Menlo LeSquirt, today took the bold step to remove from the public eye an embarrassment and menace to the reputation of the literary world.

Not since the publication of Barack Obama's auto-biography has so much fiction been passed on to the public as a non- fiction volume, and with all the pre-publication  pomp and promotion usually reserved for great works of  literature such as 'Harry Potter' and '50 Shades of Gray'.

We simple could not in good conscience any longer allow Mrs. Clinton to soil the reputation of the literary world and the time honored craft of book authorship."

Mrs. Clinton's Book "Hard Choices" has had dismal sales and failed to reach #1 on the NYT book list before or after it's debut, and has dropped quickly on Amazon.com. falling behind such powerhouse tomes as 'Little Blue Truck' by Alice Schertle and last years "Farmer's Almanac"
© Posted By Diogenes Sarcastica™ on 3/17/2022 01:45:00 PM
Labels: Throwback Thursday