You Knew it Would Happen Eventually 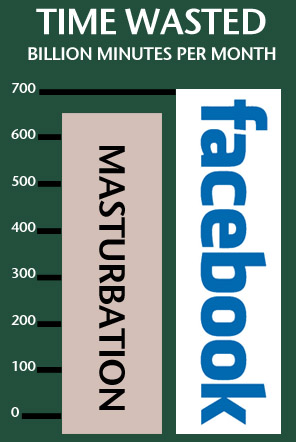 Then there is the onanistic terminology Facebook uses, Schable continued. “Some of it’s obvious, like how you can ‘tag yourself’ in photos, or ‘post your news on the wall.’ And look at Farmville, at some of the ribbons you try to win. I mean, ‘Knock on Wood?’ ‘Cream of the Crop?’ ‘Lord of the Plow?’

In another response to Facebook’s claim, business networking site LinkedIn refused to make any  comparisons, but noted its CEO is named Jeff Weiner.