President Obama, like the vast majority of  America's progressives and their toadies in media, have whined about “income inequality.” According to The National Review Online income inequality has shrunk during this administration. Unfortunately, it has shrunk for the wrong reasons:


"In the last two years, it’s way down. Recessions are bad for the rich. If you care about inequality per se, recessions are great. That appears to be true, so in 2009 the top 1% I calculated at 17.6%. I’ve seen other calculations a tad under 17%, but it’s basically gone from 23.5 to 17. What’s interesting about 17 is that inequality in 2009 is actually lower than it was during any year of Bill Clinton’s second term."

“The Rich” have taken a hit during this administration. Thanks to President Obama not getting the economy running, the percentage of money millionaires made is 20% less than when Obama took office. And we're not talking about overnight Hip-Hop millionaires or your over payed Athletics here either, we're talking business owners and such.  Jim Hoft, the Gateway Pundit, has frequently called President Obama the “Worst. Jobs. President. Ever.” I think it should be:
"The. Biggest. Wealth. Destroying. President. Ever." 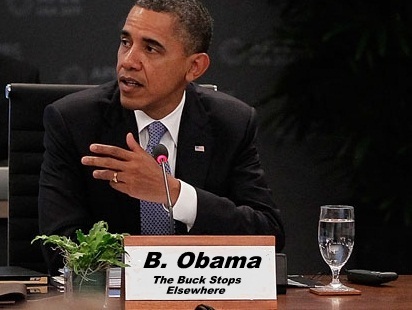 Most presidents increase the country’s wealth. President Obama’s policies have shrunk American wealth. It isn’t just “the rich” that’ve gotten hurt, either. There are more people on food stamps now than ever before. The middle class has shrunk significantly. At some point, people will know that Obama a) a harmful to their bank accounts health, b) has pursued policies that won't ever create wealth or prosperity and c) has increased debt, both personal and national, at a faster rate than any other president in U.S. history.President Obama’s stimulus fed his political allies. His policies have assisted his rich bundler's and union thugs alike. Everyone else has pretty much gotten the shaft.