'The Joy Behar Show' has been canceled' 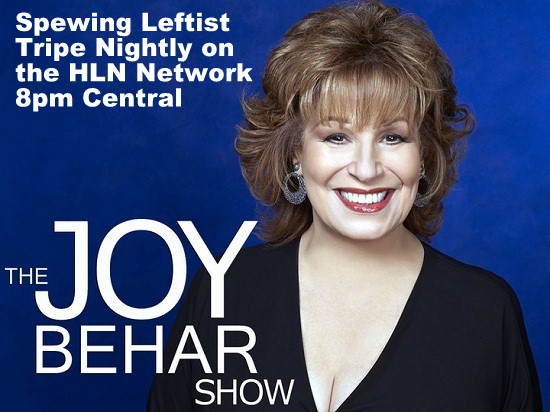 According to the Hollywood Reporter, 'The Joy Behar Show' will end its two-year run in December. Behar’s last show taping will be mid-December. One of HLN’s current programs will move into the 10 p.m. timeslot, but the Turner-owned cable news network is not prepared to make an announcement on the new line-up just yet. The controversial Ms.Behar will remain as a co-host on ABC's 'The View' where she shall continue on displaying her ignorance with a heavy dose of shrillness.
______________________________________
© Posted By Diogenes Sarcastica™ on 11/17/2011 11:36:00 PM