SHREVEPORT, LA (KSLA) -Michelle Obama has marked the one-year anniversary of her "Joining Forces" initiative with a visit to Shreveport-Bossier City. 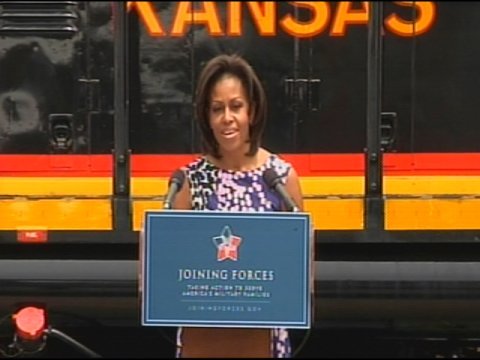 The First Lady spoke for less than 20 minutes at the Kansas City Southern Railway company in North Shreveport. There was no teleprompter in sight. 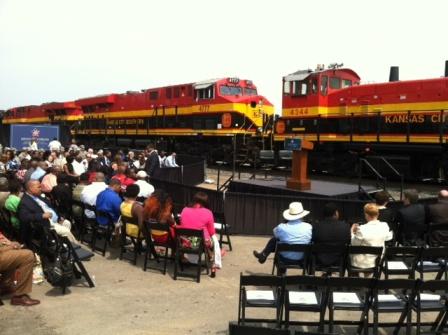 In August 2011, President Barack Obama announced a series of policies to increase veterans' employment and asked the First Lady and Dr. Jill Biden to lead an effort through Joining Forces to challenge the private sector to hire or train 100,000 veterans and military spouses by the end of 2013.


Finally I find something Obama has come up with that is worthwhile. Yeah, and it's being done by the private sector too!


UPDATE:
In light of the presidents comment " Nothing get's between Michelle and a Tamale" the cities famous Hot Tamales stand vendors were said to have shut down tight in fear during the First lady's visit.