The First Family travel to Senegal,
South Africa, and Tanzania 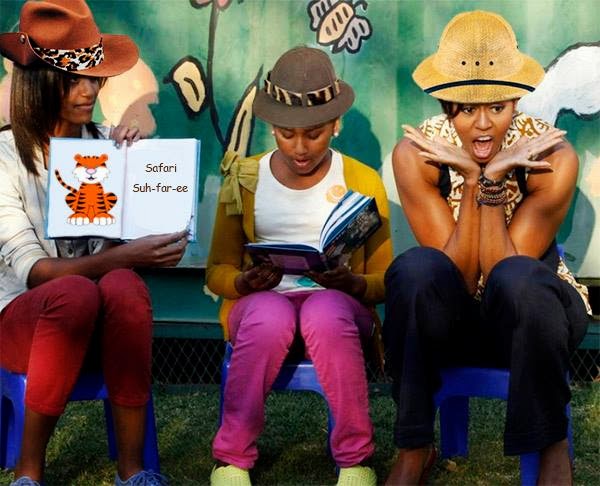 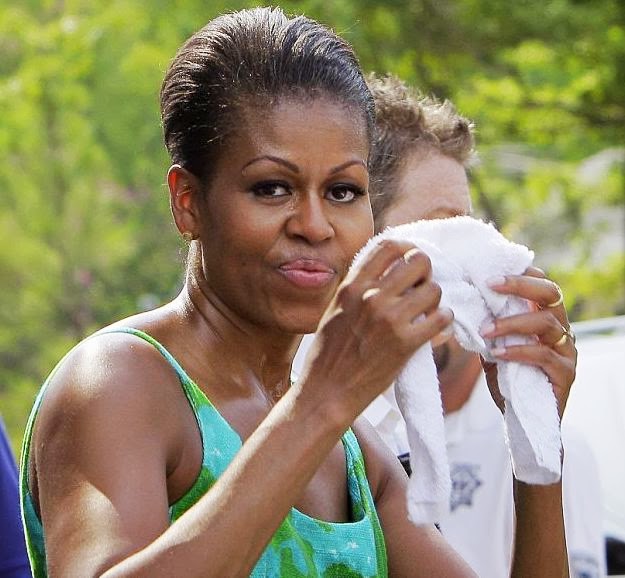 The First lady just seconds after she realizes the the bite she just swallowed
was the dog she was petting a few hours earlier. 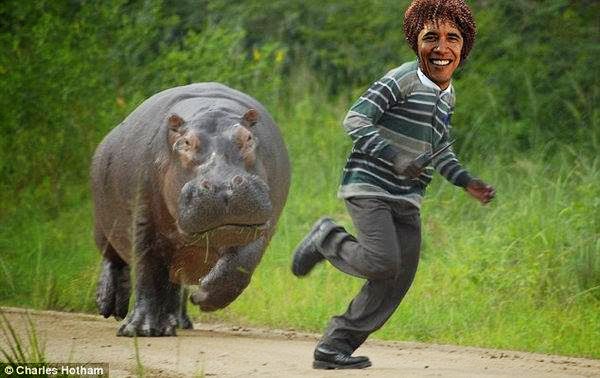 Barack engaged in one of his favorite boyhood actives growing up in Kenya,
hippopotamus tipping.

.....and freelance  Earl of Taint  grabbed this shot while passing through the area. 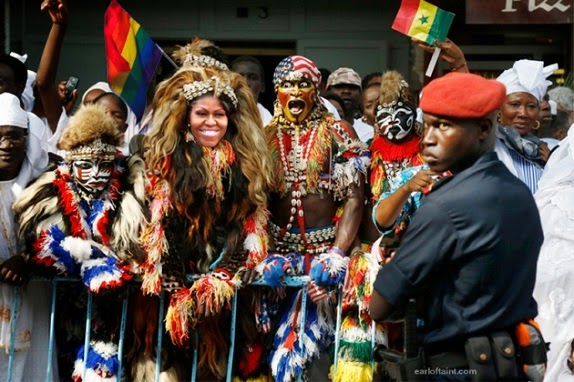 Adding to her reputation as one of the most fashion-forward First Ladies
ever, Michelle Obama appears in a traditional Senegalese Wookie Suit
to show off her newest ‘do’. Pictured here standing in support of
Senegal’s outlawed LBGT community, she demonstrates once again
her fearless and daring personal style along with her unceasing advocacy
for perverts everywhere.