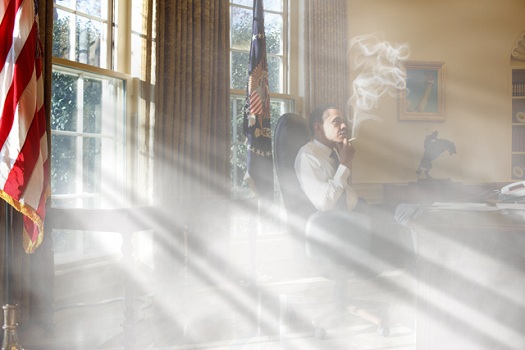 by Mike Gonalez - One day in the not-too-distant future, you may be asked to stand at attention at your local ballpark — Busch Stadium, perhaps — to celebrate Mena Heritage Day. The organist will do his level best to play traditional Mena music, vendors will serve Mena delicacies, and a chorus of Mena-American children will sing the national anthem.

Huh? What on earth is Mena, you ask? It is the new ethnic group created by the Obama administration to cobble together Americans with origins in the Middle East and North Africa. The group will comprise people as varied as ethnic Berbers, Arabs, Israelis, Persians, and many more. According to proposals by the Office of Management and Budget, Mena may be on the 2020 census.

But if that is the case, you may persist, there is no Mena music, cuisine, race, ethnicity, or culture, so what the heck are they going to be doing at Busch Stadium? And you’d be right, technically. But that wouldn’t stop pride in Menaism from being progressively drilled into the young and unsuspecting by our schools or from being embraced by corporations and sports leagues that want to buy a little peace. And, of course, let’s not forget how government would bribe people to tick the Mena box with the full array of benefits that come in the affirmative-action cornucopia. Or that congressional districts would be carved off for Mena people so that they would be able, in the words of the amended Voting Rights Act, “to participate in the political process and to elect a candidate of their choice.”

If you doubt that all of this is possible, much less likely, then you really haven’t been watching what has happened with “Hispanics.”

There’s no better blueprint for Mena.  Hispanics comprise Americans as different from one another culturally, racially, and historically as Argentines, Mexicans, Bolivians, Dominicans, and Venezuelans.  And yet millions of Millennials today believe they eat Hispanic food, dance to Latino music, and study Hispanic history.

Indeed, many Cuban Americans, Puerto Ricans, Mexican Americans, etc. themselves are now starting to identify themselves as Hispanic or Latino, a classification that came into being only in the 1970s and is the creation of federal bureaucrats with no input from scientists or anthropologists.

Why is the OMB pushing the proposal now? Well, time is running out on an administration that puts so much stock in demography that one of its first acts was to make the head of the Census Bureau report directly to the White House.

So the deep racial division which is so obvious at the end of Obama’s term is no accident. It is the legacy of a president who did much to foster it. The view that groups, not individuals, have distinct interests has taken its predictable toll. The social splintering has only begun.