Here is a (now very awkward) segment of a pants-less Matt Lauer exposing himself to four NBC women, saying "Drink it in ladies!"
One of them asks "Again Matt?"
Savannah Guthrie tells Lauer "Stop it. You're making me lactate." pic.twitter.com/tuLtro5etE
— Benny (@bennyjohnson) November 29, 2017

STATEMENT FROM MINNESOTA PUBLIC RADIO REGARDING GARRISON KEILLOR AND A PRAIRIE HOME COMPANION NOVEMBER 29, 2017 - Minnesota Public Radio (MPR) is terminating its contracts with Garrison Keillor and his private media companies after recently learning of allegations of his inappropriate behavior with an individual who worked with him. Last month, MPR was notified of the allegations which relate to Mr. Keillor's conduct while he was responsible for the production of A Prairie Home Companion (APHC). MPR President Jon McTaggart immediately informed the MPR Board Chair, and a special Board committee was appointed to provide oversight and ongoing counsel. In addition, MPR retained an outside law firm to conduct an independent investigation of the allegations. 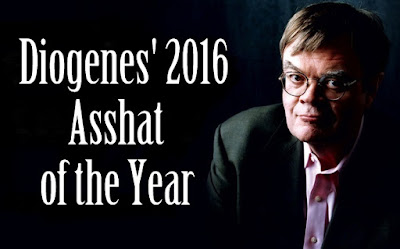